Fishermen from the Maldives haul aboard a yellow fin tuna to the deck of a dhoni boat in the Indian Ocean. The tuna has been swimming across the Indian Ocean non-stop since birth but after being dragged up with hooks, the 50kg fish will be clubbed to death by smashing its skull with repeated blows. Next it will be gutted efficiently with sharp knives and immediately plunged into ice containers to cool the flesh, reducing the risk of self-deteriorating flushed blood which renders it unfit for consumption under EU law (its live internal core temperature is 40 degrees centigrade). When as many fish have been caught before dark using hand and line method, rather than nets, the boat presses on to the processing factory at Himmafushi where they're filleted and boxed for export to Europe and in particular, for UK supermarkets like Sainsbury's. 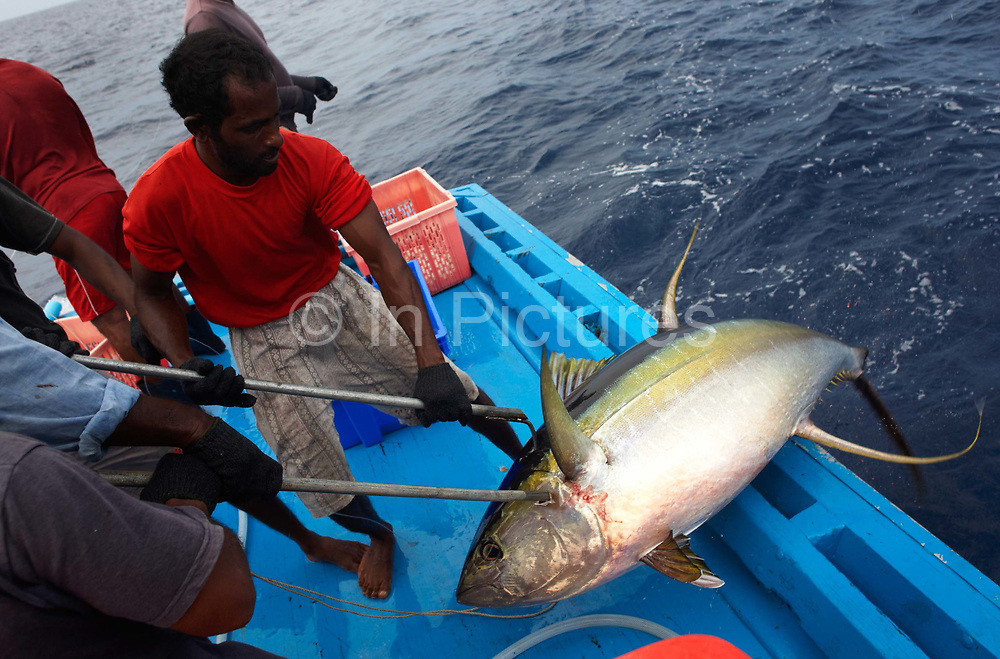