Young women sit beneath the monument to Emperor Franz 2nd in the courtyard of the Hofburg Kaiserappartements, on 28th June 2016 in Vienna, Austria. Hofburg Palace is the former imperial palace forming part of the official residence and workplace of the President of Austria. Built in the 13th century and expanded in the centuries since, the palace has housed some of the most powerful people in European and Austrian history, including monarchs of the Habsburg dynasty, rulers of the Austro-Hungarian Empire. 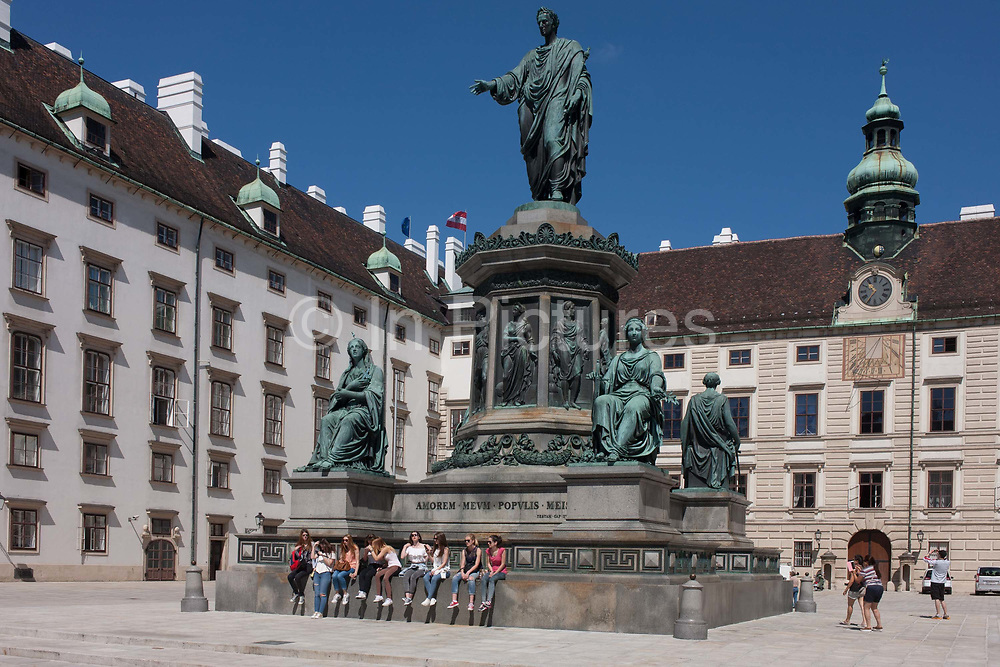