A cyclist is startled by a nearby bus horn that emits a warning to pedestrians at the location of a roadside memorial to cycle courier Henry Warwick aged 61, killed in an accident on the junction of Bishopsgate and Wormwood Street. Warwick worked for Rico Logistics and was said to be an experienced urban cyclist, working as a courier in London for more about 20 years. Nevertheless, he has joined a growing list of tragic deaths due to collisions between bikes, trucks and in this case, a Terravision coach. Over one million Londoners own bicycles and between 1986 and April 2011, 439 cyclists have been killed in traffic accidents in Greater London. 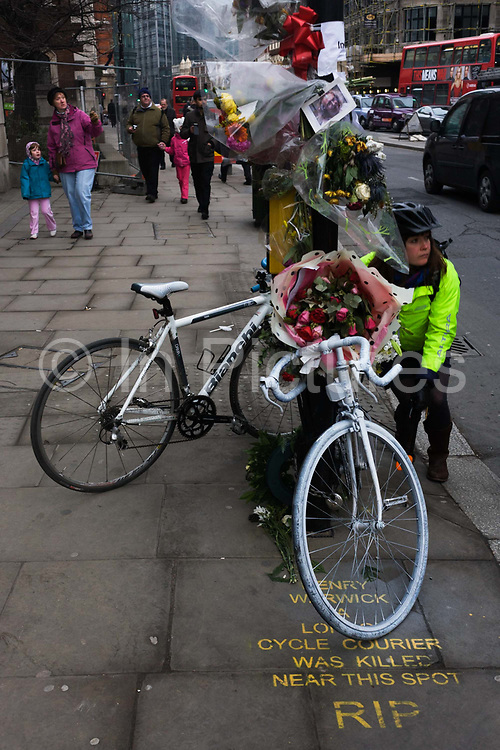