A young female commuter reads a bus destination timetable sign at a flooded bus stop. Pausing to consider her travel options across the capital, the woman reads the routes, the bus numbers and their destinations. Wee see 1, the 171 and the 188 routes factoring each travel time to various stops and landmarks across the metropolis. The girl is of African or afro-Caribbean origin and is dressed smartly, possibly attending an interview at an unfamiliar place, using the network of single and in this case double-decker bus models seen here at a stop on Aldwych in the heart of the West End. In the background are the West End theatres whose productions attract drama fans from across the world. 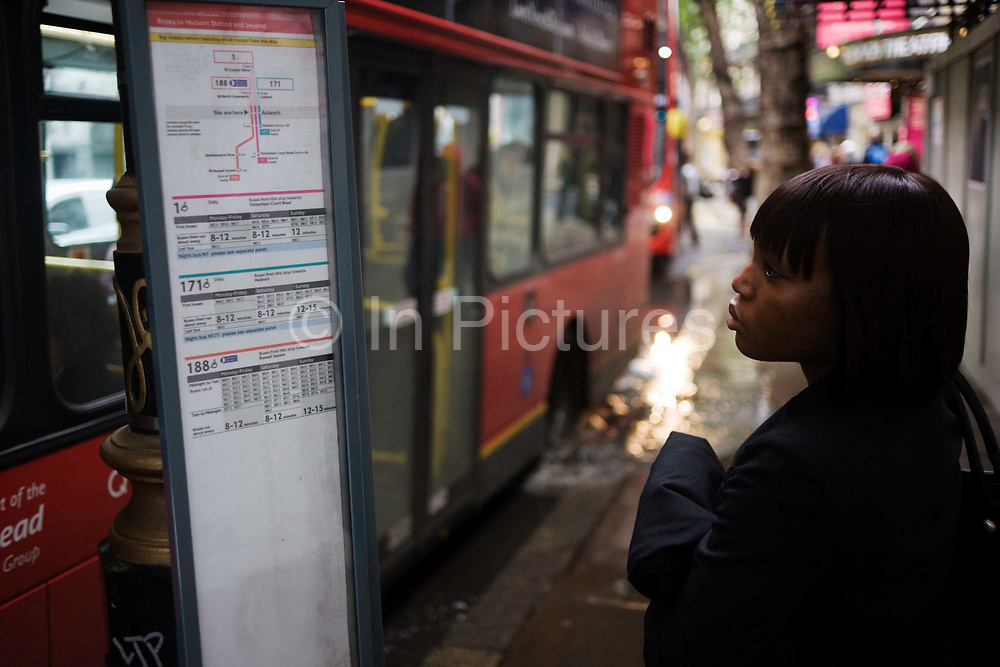