The damage and detritus of shop stock in the damaged Clarence Road Convenience Store belonging to Sri Lankan-born Sivaharan (Siva) Kandiah during the riots of London and other UK cities of August 2011. The local newspaper Hackney Gazette lies in shreds on the floor of the premises along with various other paper and goods, even electrical wiring that was ripped out. During the riot in London on Monday 8th August, local youths and older residents of nearby estates ransacked the business and either removed Siva’s stock or left the rest to spoil on the unrefrigerated floor. In alcohol and cigarettes alone, he lost £50,000 in stock but during the campaign top help him recover, more than £16,000 was raised by his customers and friends. 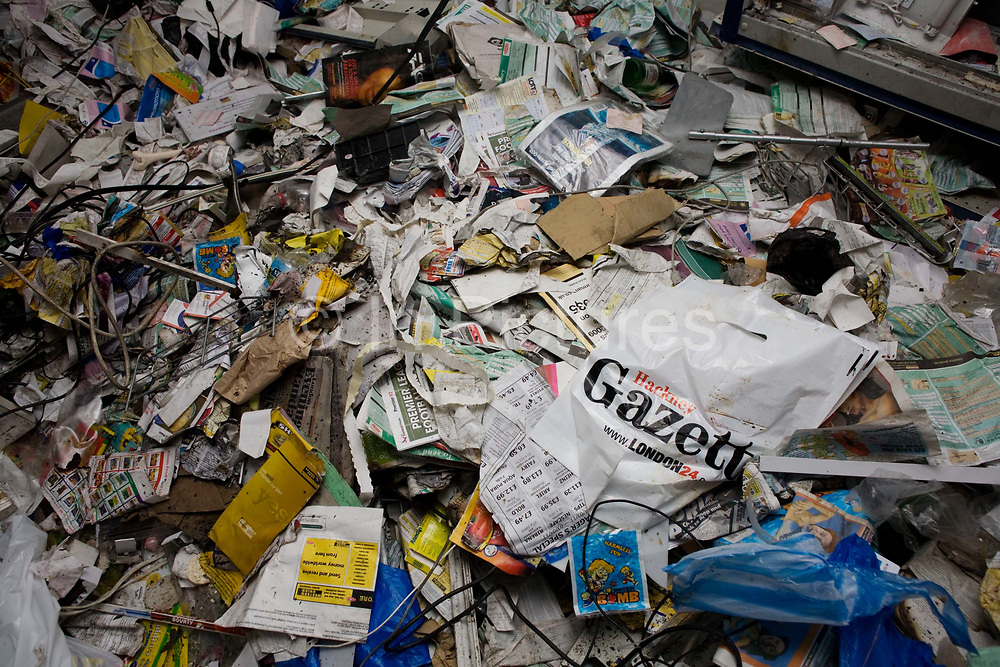