An aerial landscape at the Dartford Bridge crossing of dated 1990 before the completion of London's newest Thames river crossing - the Queen Elizabeth II Bridge. Already used are the toll booths taking much-needed toll fees from motorists as they emerge from the pre-existing Dartford Tunnel (1963). The Bridge is a 137 m (449 ft) high and 812 m (2,664 ft) long cable-stayed road bridge across the River Thames in south east England. It was opened in 1991 by Queen Elizabeth II. It is the southbound element of the Dartford Crossing, a strategic congestion charged road crossing the half mile wide river east of London. It was built alongside two earlier tunnels under the Thames, which now form the northbound element of the crossing. Upon completion, the bridge was Europe's largest cable-supported bridge. 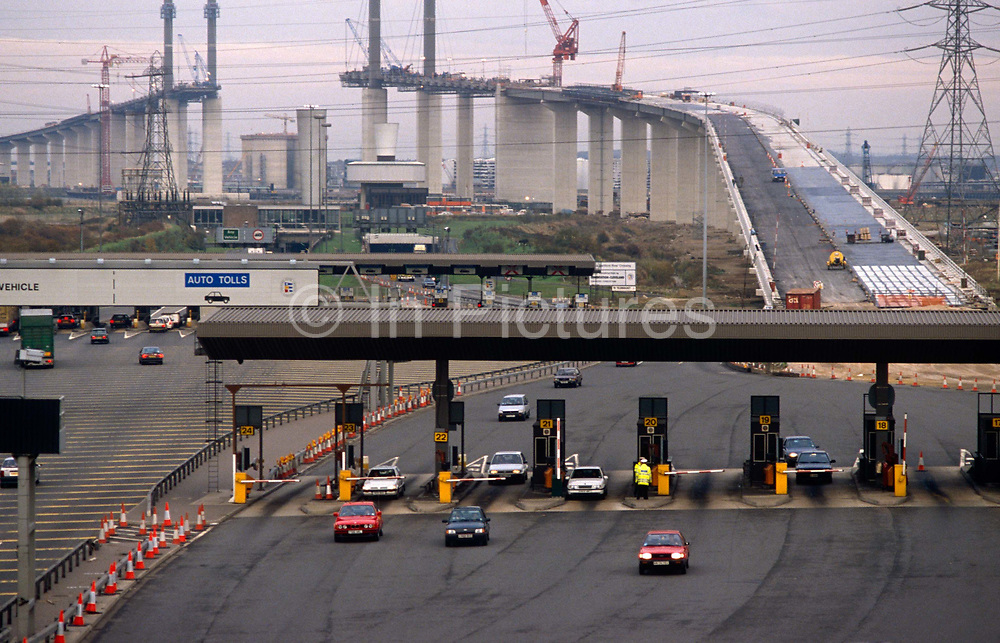