Gothic architecture ruins of the Cistercian order's Rievaulx Abbey in North Yorkshire. Tall columns, pillars and arches rise majestically from the green grass that for centuries, was the home for successive monks and abbots who endured piety through hardship. Rievaulx was one of the first Cistercian abbeys to be founded in England. Surrounded by a massive agricultural and industrial estate, staffed by lay brothers, it was intended as the focus of a substantial family of daughter houses throughout northern Britain. Destroyed by the commissioners of King Henry VIII during the Dissolution of the abbeys and monasteries in 1538, the shattered abbey ruins became a popular subject for Romantic artists in the 18th and 19th centuries. 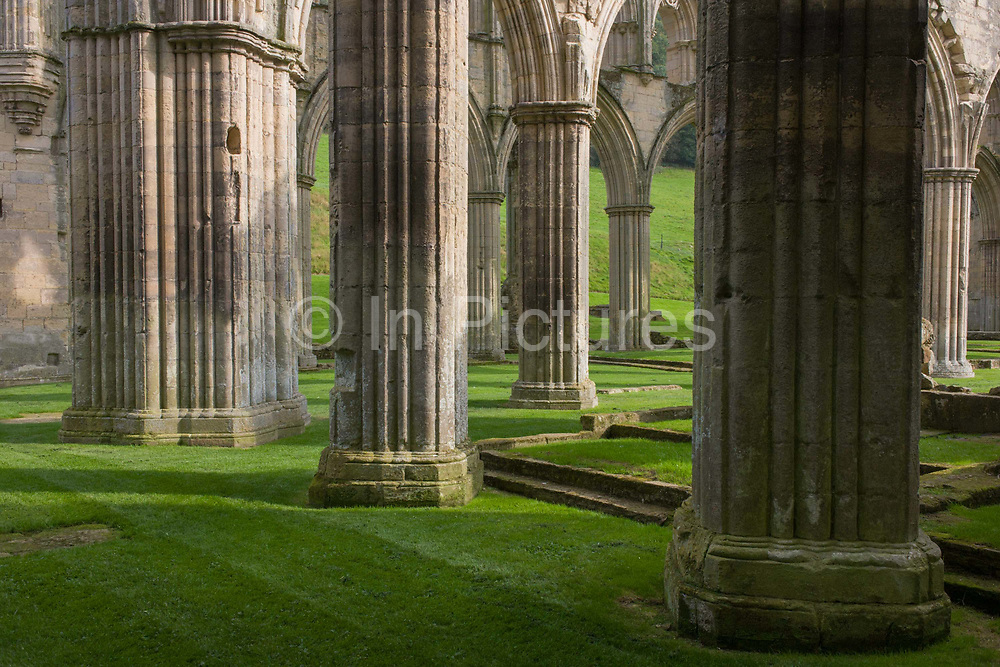