Seen from a low angle, we see a big sister turning around to see what her younger brother is up to as they sit back-to-back in a park in London, England. The boy is actually playing with the girl's toy windmill, turning its sails proving a fun way of passing part of a summer's afternoon in this inner-city park. His sister is unimpressed however and she is about to snatch her own property back - not because she needs it, but simply because it is hers. These siblings are having to learn sharing each other's things and as a five and three year-old are finding out, it's a hard lesson. From a personal documentary project entitled "Next of Kin" about the photographer's two children's early years spent in parallel universes. Model released. 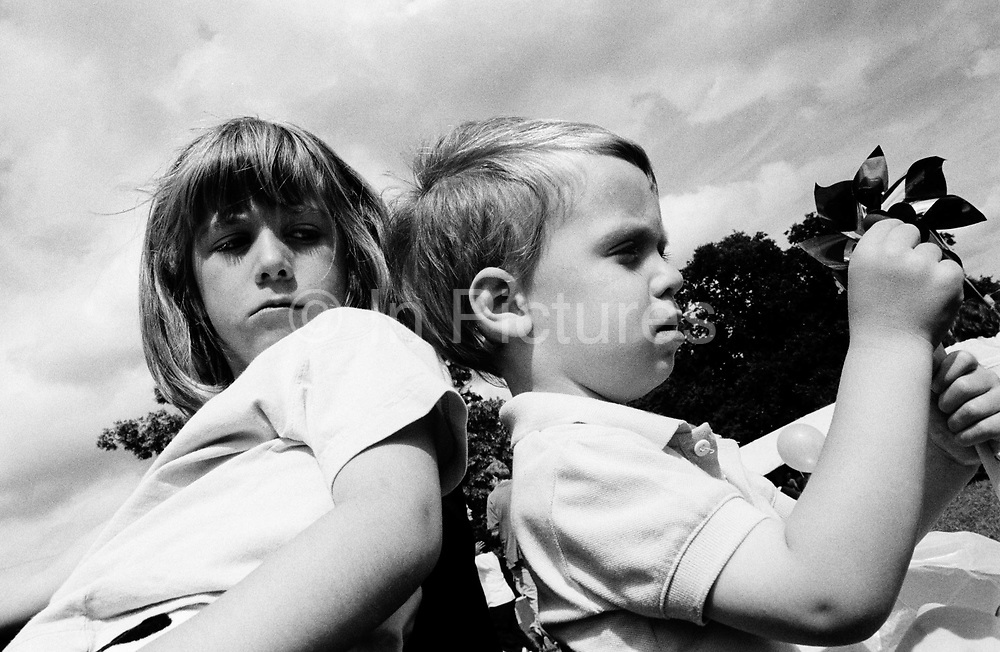