Six months after the fall of the Berlin Wall, a Trabant car sits wrecked on the corner of Mollstrasse and Hans-Beimler-Strasse in east Berlin former DDR, on 1st June 1990, in Berlin, Germany. The DDR-produced Trabant suffered poor performance, but its smoky two-stroke engine regarded with affection as a symbol of the more positive sides of East Germany. Many East Germans streamed into West Berlin and West Germany in their Trabants after the opening of the Berlin Wall. It was in production without any significant change for nearly 30 years. The name Trabant means fellow traveler in German. 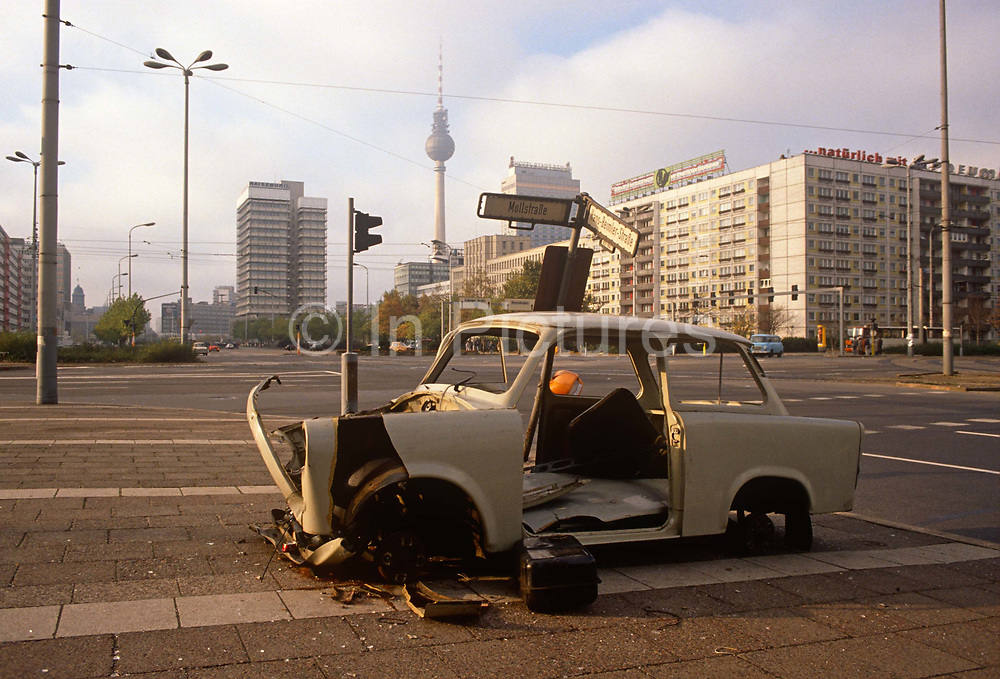