A US Navy electrician looks straight into the camera wearing a brown colour-coded uniform and beneath the cockpit of an EA-6B Prowler, a communications and intelligence-gathering patrol aircraft on the deck of the aircraft carrier USS Harry S Truman, on patrol off Kuwait in the Persian Gulf enforcing the coalition's no-fly zone over Iraq. Behind him are the signs and emblems of the US Navy aircraft that is parked on the deck of this carrier so named after the US President who was in office from 1945 to 1953. Picture from the 'Plane Pictures' project, a celebration of aviation aesthetics and flying culture, 100 years after the Wright brothers first 12 seconds/120 feet powered flight at Kitty Hawk,1903. 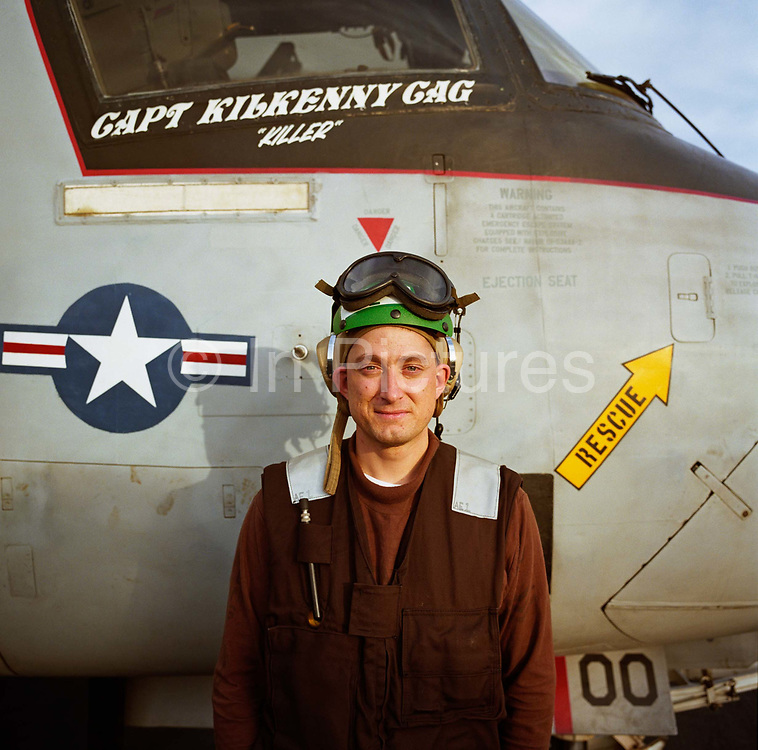