Sunlit railings of St. Mary Woolnoth church on Lombard Street, on 10th May 2017, in the City of London, England. St. Mary Woolnoth is an Anglican church in the City of London, located on the corner of Lombard Street and King William Street near Bank junction. The present building is one of the Queen Anne Churches, designed by Nicholas Hawksmoor. The churchs site has been used for worship for at least 2,000 years; traces of Roman and pagan religious buildings have been discovered. The present building is at least the third church on the site. The Norman church survived until 1445, when it was rebuilt, with a spire added in 1485. It was badly damaged in 1666 in the Great Fire of London but was repaired by Sir Christopher Wren. 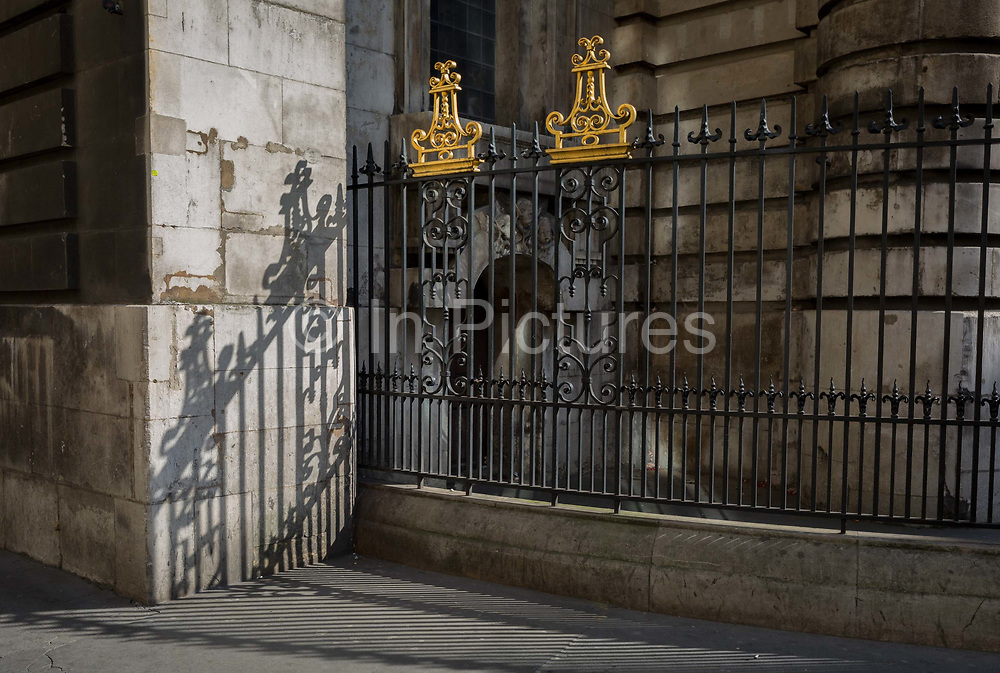