Faded newspaper in a window.

The words 'Last Day' are painted in white emulsion on a window Camden North London, England. A Jesus figure, dolls and various bric a brac are seen in the window behind the large lettering. Around a recession-bled Britain, high-street businesses have been going bust in their thousands. Britain has now endured eight recessions since the Second World War. No two recessions are alike, and that applies to the current slowdown also. It has been caused by a shock to the availability of credit, a massive build up of debt. The number of people out of work currently stands at almost two million. Given the rate at which the economy is deteriorating this could easily be above three million. From a continuing piece of work about windows and urban messages, the picture is from the project of closed business windows: 'Bust - the Art of Recession'. 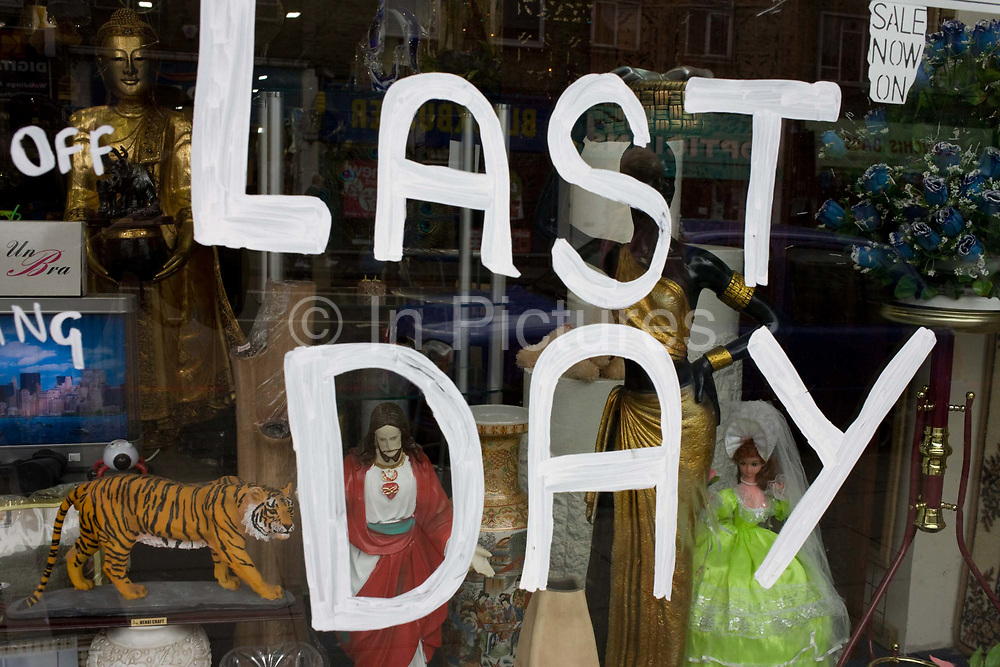