Two mothers and neighbours gossip with arms folded outside their houses on an Essex estate in the early nineteen sixties. Wearing aprons popular for working mums in this era of early 1960s, and one seemingly pregnant, the two women talk about families and children and their lives at the beginning of a new decade. This row of houses is in the Essex suburb of Westcliff, Southend and a proud gardener has grown a colourful bed of dahlias in the front. The picture was recorded on Kodachrome (Kodak) film in about 1961. 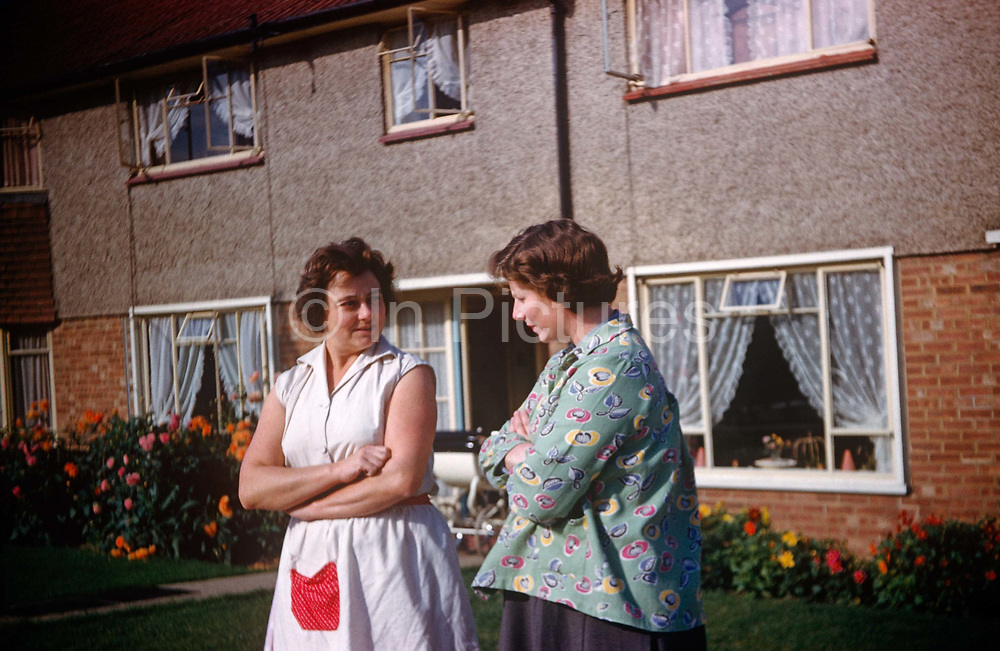