It is morning in Kolkata (Calcutta), West Bengal, India and on the streets around the Writers' Building, a busy fruit market is in full swing. Against the wall however, a dying skill is being shown: A man sits with his back to the bustle of the street and is hand-typing letters for those unable to write their own correspondence with his own battered typewriter. Working as a freelance typist, the man transcribes the hand-written words for a customer before the days of home PC or laptop. The Writers' Building (Mahakaran in Bengali) is the secretariat building of the State Government of West Bengal in India. The Writers' Building originally served as the office for writers of the British East India Company, hence the name. Designed by Thomas Lyon in 1780, it received its impressive Corinthian façade, an example of the Neo-Renaissance style, in 1889. 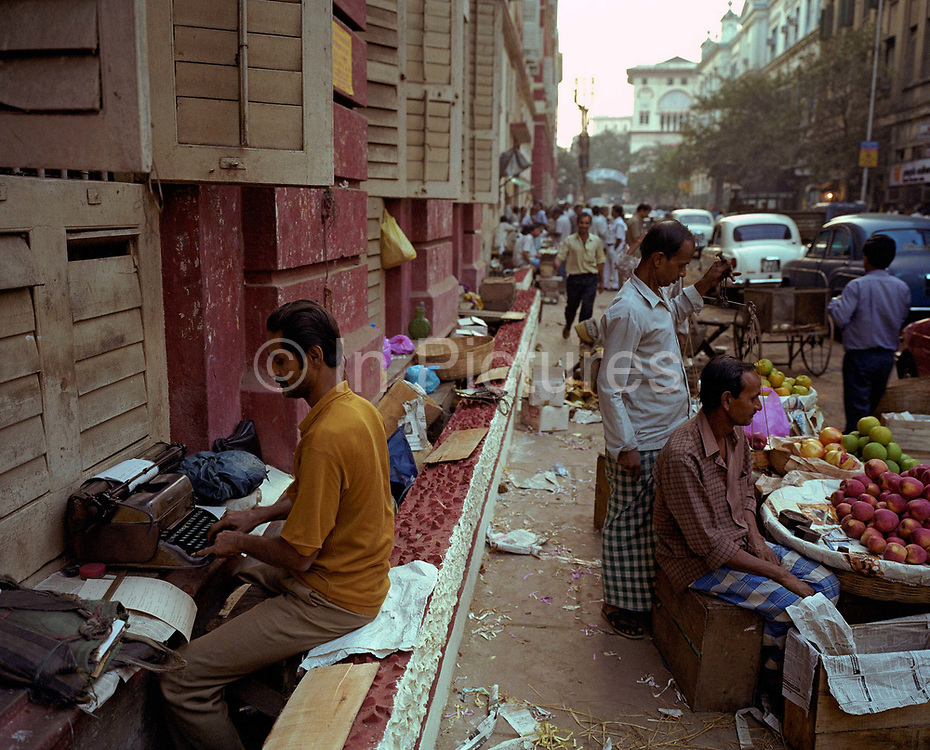