Filling a plastic replica of the Maddonna with holy water from the spring, 22nd March 2008, Lourdes, France. Between 11th February and 16th July 1858, the Blessed Virgin Our Lady of Lourdes appeared 18 times to Bernadette Soubirous. During the 9th apparition, she followed the instructions of the Blessed Virgin and discovered a source of water at the foot of the cave of Massabielle, Lourdes.The spring water from the grotto is believed to possess healing properties, An estimated 200 million people have visited the shrine since 1860, and the Roman Catholic Church has officially recognized 67 miracle healings. Lourdes was originally a small market town lying in the foothills of the Pyrenees, Lourdes has developed into a major place of Christian pilgrimage. 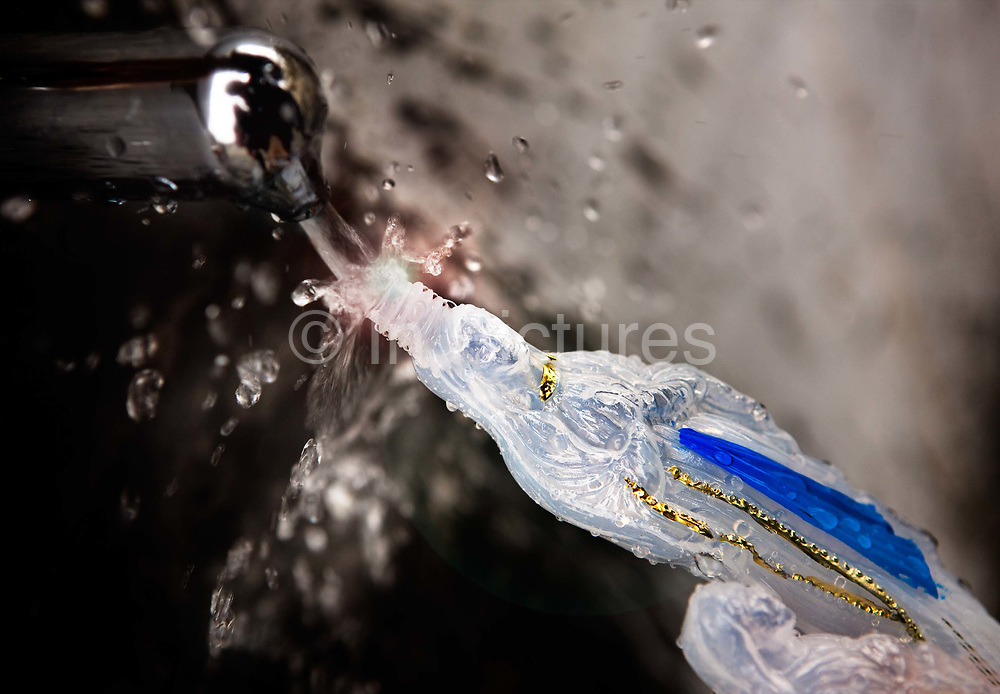