The noted barfly, low-life and writer Jeffrey Bernard (1932 - 1997) is seen holding a drink in his favourite position at the Coach and Horse pub in Greek Street, London’s Soho. Around him are his drinking buddies and even in the background, the celebrated landlord of this bohemian drinking hole, Norman Balon known as London’s rudest landlord. The interior of the pub was recreated on stage for the Keith Waterhouse ‘s biographical play about Bernard's life “Jeffrey Bernard is Unwell”. The play was successful and Balon's memoirs followed entitled You're Barred, You Bastards (ISBN 0283997621). Barnard was a British journalist, best known for his weekly column "Low Life" in the Spectator magazine, but also notorious for a feckless and chaotic career and life of alcohol abuse. 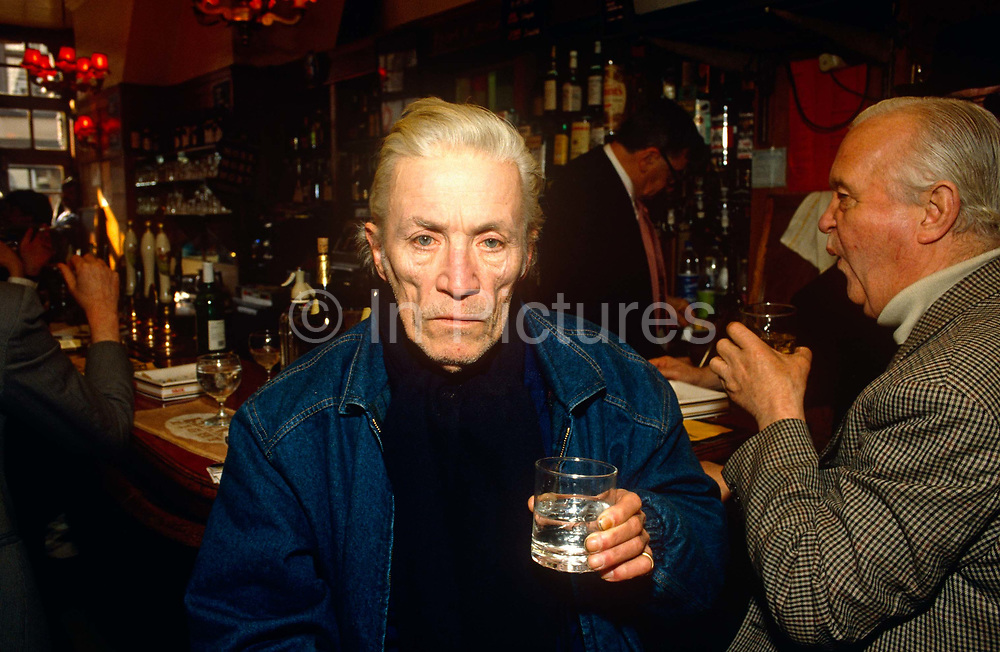