The Arch of Germanicus, an ancient Roman arch in Saintes, Charente-Maritime in France. It was built in 18 or 19AD by a rich citizen of the town (then known as Mediolanum Santonum), C. Julius Rufus, and dedicated to the emperor Tiberius, his son Drusus Julius Caesar, and his adoptive son Germanicus. It has two bays and was originally sited over the terminus of the Roman road from Lyon to Saintes. On the proposal of Prosper Mérimée in 1843 it was moved fifteen metres during works on quays along the river, and it was restored in 1851. 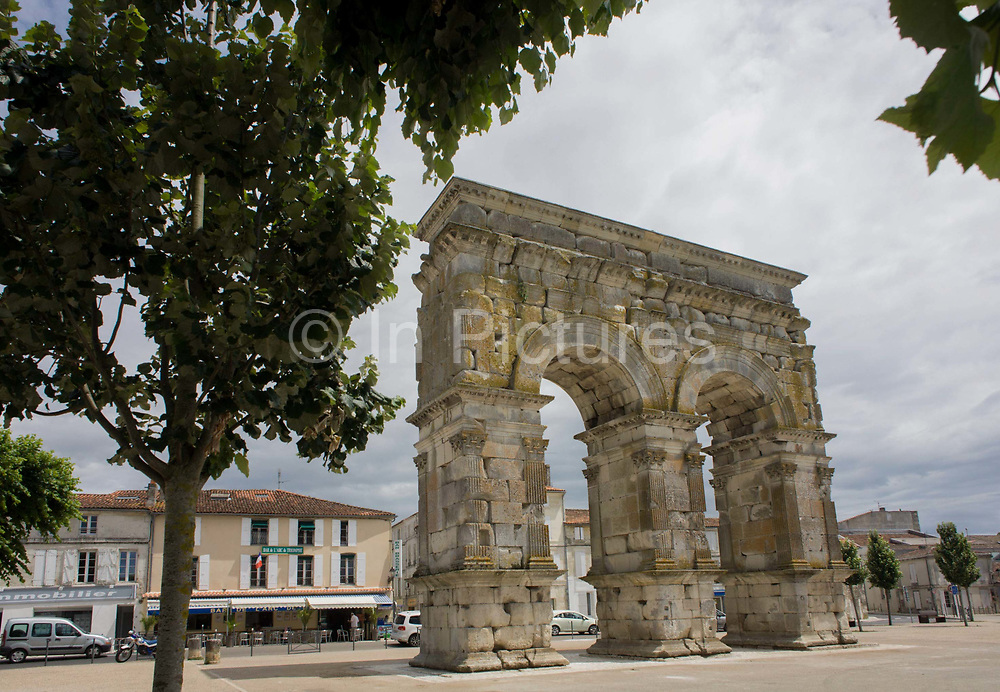