Anthony Eyton, RA. A contemporary British painter in his studio, London, United Kingdom. Eyton was born in Teddington, Middlesex, UK 17 May 1923 and is a figurative painter working in what could be termed the post-Impressionist tradition. He has exhibited extensively throughout Britain at leading galleries such as the Royal Academy, the Tate Gallery, the South London Gallery, the Hayward Gallery and the Imperial War Museum. He has won many awards, including the John Moores Prize in 1972. He was elected an Associate Royal Academician A.R.A in 1976, a full member in 1986 and a Senior R.A. in 1998. Among his many significant commissions was the 1994 invitation by the Tate Gallery to work in the Bankside Power Station prior to it becoming Tate Modern. Based in London, England he has continued to work and exhibit into his eighties. Examples of Eytons painting are held in major public and private collections throughout the world. 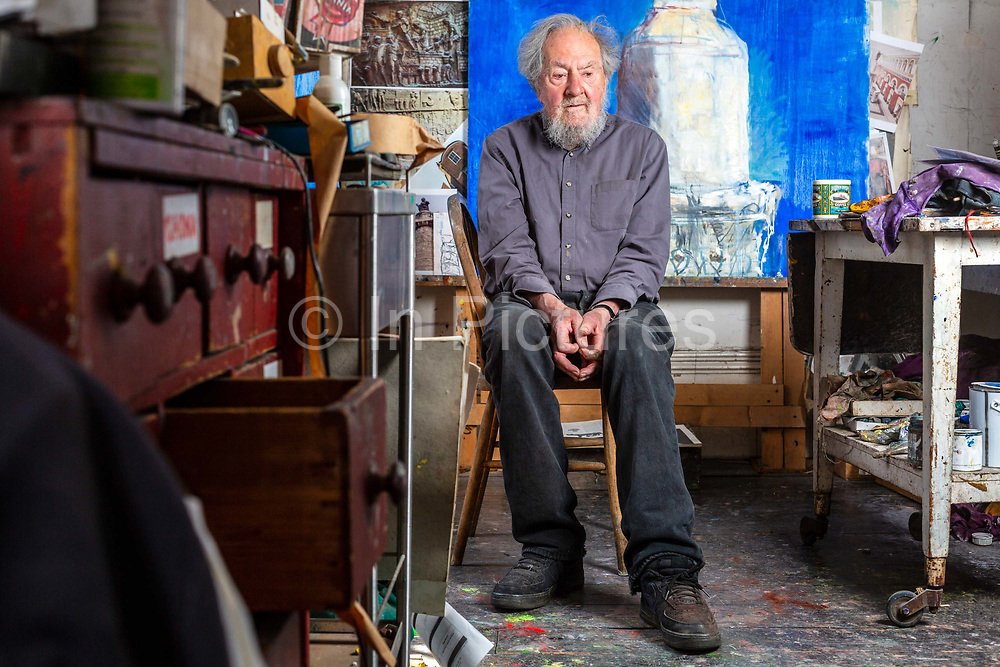