The church of St Marys in the Northumbrian village of Blanchland, on 29th September 2017, in Blanchland, Northumberland, England. St. Marys is on the site of the former Abbey and the village got its name from the white habits worn by monks of the Premonstratensian order who founded Blanchland Abbey. Built in the 13th century, the abbey survived until the 16th century when it fell into ruin. Parts of the Abbey survive including St. Marys Church, which was rebuilt in 1751-52. Blanchland is a village in Northumberland, England, on the County Durham boundary. It is a conservation village, largely built of stone from the remains of the 12th-century Abbey. It features picturesque houses, set against a backdrop of deep woods and open moors. Set beside the river in a wooded section of the Derwent valley, Blanchland is an attractive small village in the North Pennines Area of Outstanding Natural Beauty. 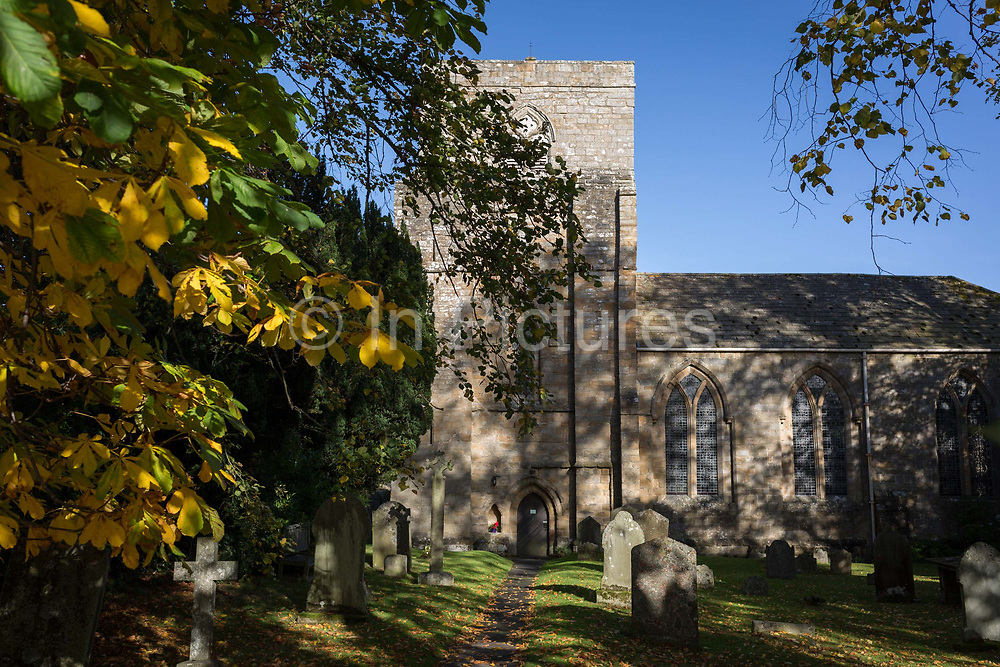