The iconic Art Deco Battersea Power Station with it's distinctive four towers as seen through Chelsea Bridge. Battersea Power Station is a decommissioned coal-fired power station located on the south bank of the River Thames, in Battersea, South London. The station comprises two individual power stations, built in two stages in the form of a single building. Battersea A Power Station was built first in the 1930s, with Battersea B Power Station to its east in the 1950s. The two stations were built to an identical design, providing the well known four-chimney layout. The station ceased generating electricity in 1983, but over the past 50 years it has become one of the best known landmarks in London and is Grade II listed. 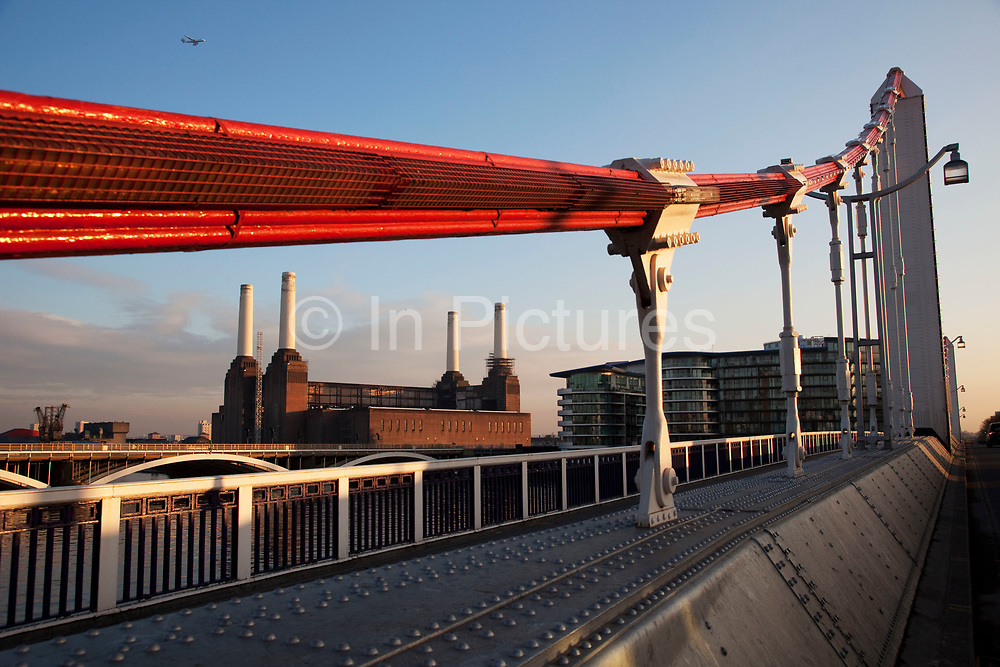