A ruined farm building and in the distance, Glen More, Isle of Mull, Scotland. Ruins of old villages are spread throughout Scotland bearing witness to the thousands of people moved by the 'clearances' and economic forces. The Highland Clearances (Scottish Gaelic: Fuadach nan Gàidheal, the expulsion of the Gael) is unclear. But the Clearances were forced displacements of the population of the Scottish Highlands during the 18th and 19th centuries. They led to mass emigration to the coasts, the Scottish Lowlands, and the North American colonies. The clearances were part of a process of agricultural change throughout the United Kingdom. During the Highland Clearances in the 18th and 19th centuries, the population of Mull fell from 10,000 to less than 3,000. 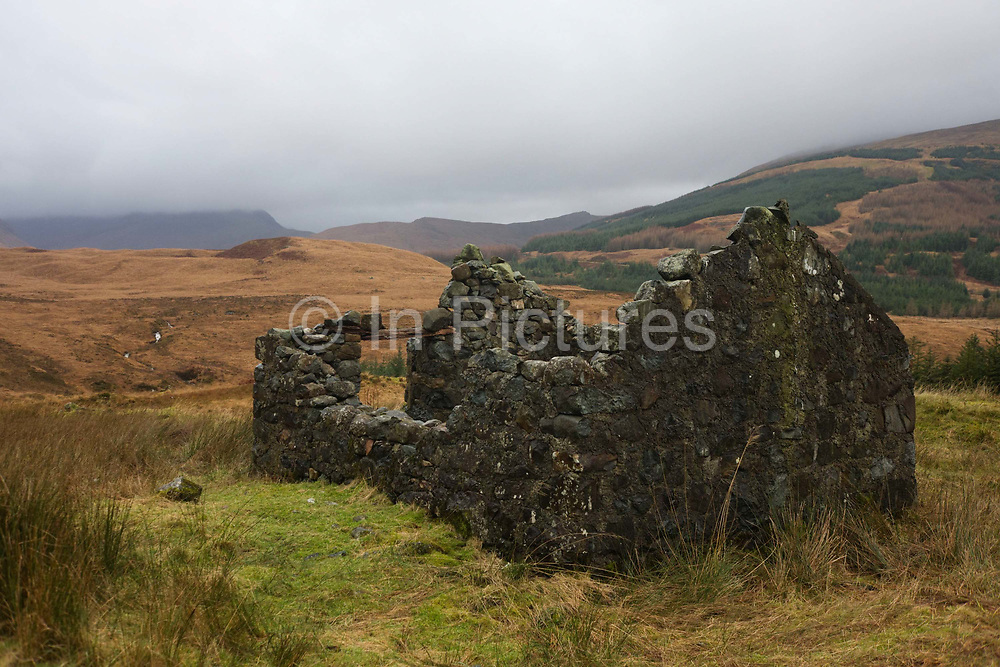