Street roadworks barriers and retail shop hoarding in Rue de Rivoli, Paris. With a prominent No Entry sign, a person's shadow and the green barriers in the foreground, we see in the distance large flowers adorning the side of a new store for the Spanish footwear company, Camper. Rue de Rivoli (French pronunciation: [ʁy də ʁivɔli]) is one of the most famous streets of Paris, a commercial street whose shops include the most fashionable names in the world. It bears the name of Napoleon's early victory against the Austrian army, at the battle of Rivoli, fought January 14 and 15, 1797. The rue de Rivoli marked a transitional compromise between an urbanism of prestige monuments and aristocratic squares, and the forms of modern town planning by official regulation. 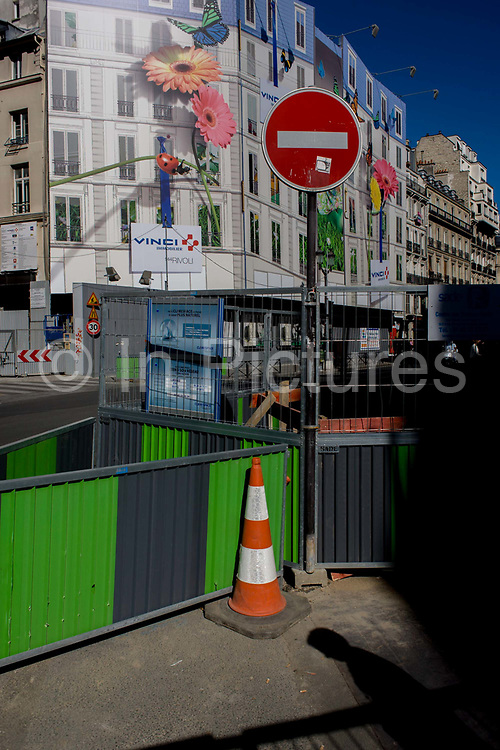