Guardsman, one black, march into position before the funeral of Margaret Thatcher. Draped in the union flag and mounted on a gun carriage, the coffin of ex-British Prime Minister Baroness Margaret Thatcher's coffin travels along Fleet Street towards St Paul's Cathedral in London, England. Afforded a ceremonial funeral with military honours, not seen since the death of Winston Churchill in 1965, family and 2,000 VIP guests (incl Queen Elizabeth) await her cortege. 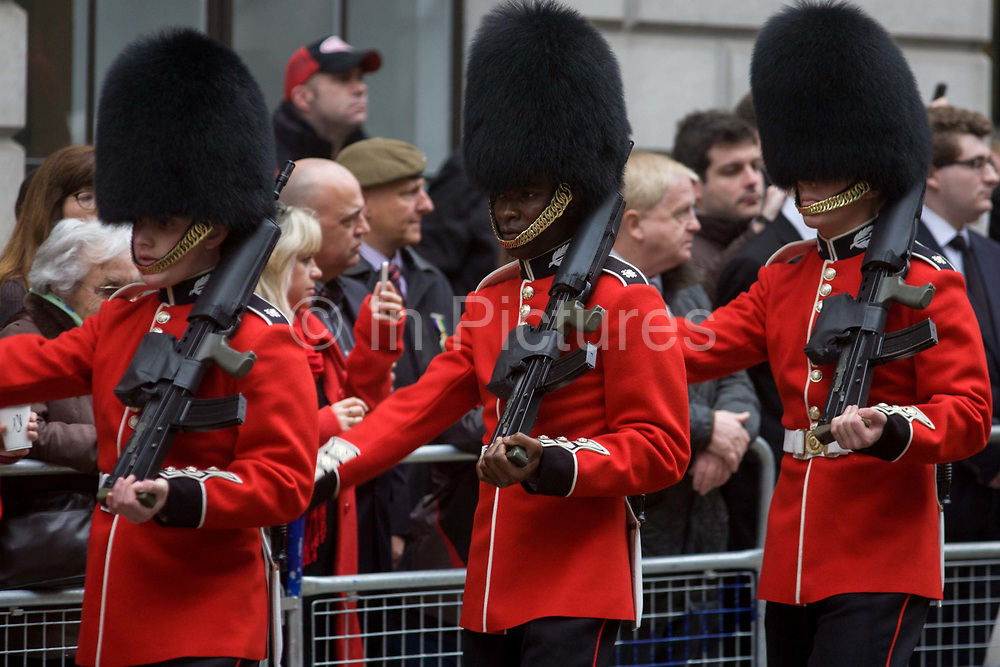