Once the wartime armed forces sweetheart, Dame Vera Lynn makes an appearance near a replica Spitfire fighter plane at the 70th anniversary of WW2 Battle of Britain. Seventy years ago, Winston Churchill made one of his most stirring speeches in Parliament to praise the Battle of Britain aircrews who had fought off the threat of Nazi invasion during the summer of 1940. In the 1940s, Dame Vera's personality warmed those fighting abroad, her voice singing some of the most stirring ballads that allied soldiers, sailors and airmen heard to remind them of home. Here she stands beneath the full-size model of the Merlin-powered propeller of this iconic fighter that helped stop a full-scale Nazi invasion of the British Isles. 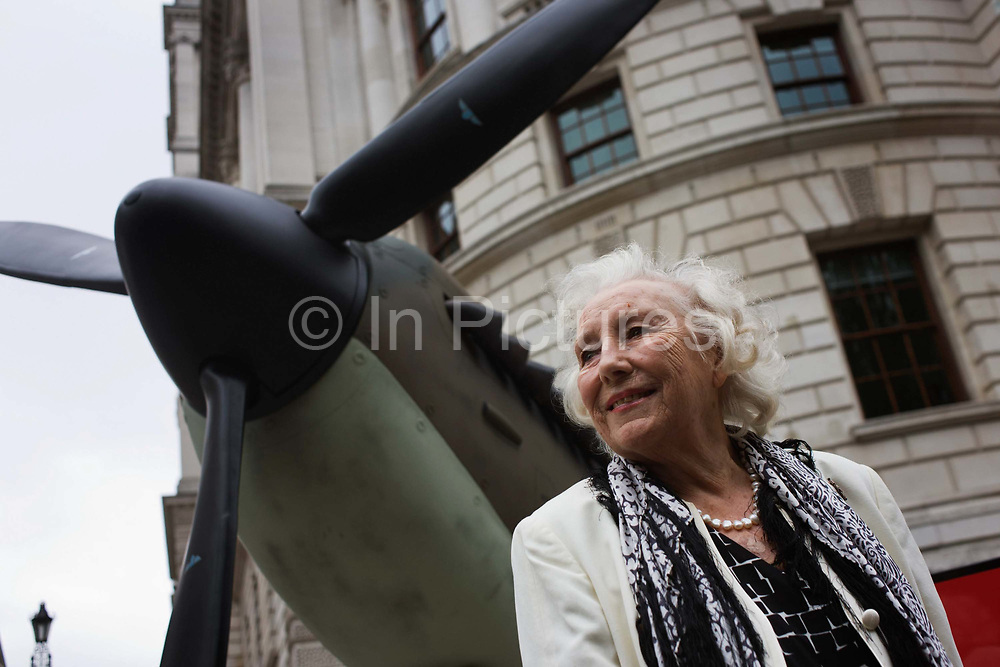