A portrait of English author/writer Ian Sinclair in his native Hackney, the location for many of his dystopian views on East London and Britain. Sinclair (1943) is a British writer and filmmaker and much of his work is rooted in London, most recently within the influences of psychogeography. His books deal with the evials of development and their fracturing of social communities – in particular, of his own home borough of Hackney and the effects from the 2012 Olympics project. His books include ‘London Orbital’ about the M25 motorway, ‘Hackney: That Rose-red Empire’ and ‘Ghost Milk’. Behind him is the algae-green waters of the Regents Canal, fed by the effluent - he says - of the Olympic site. 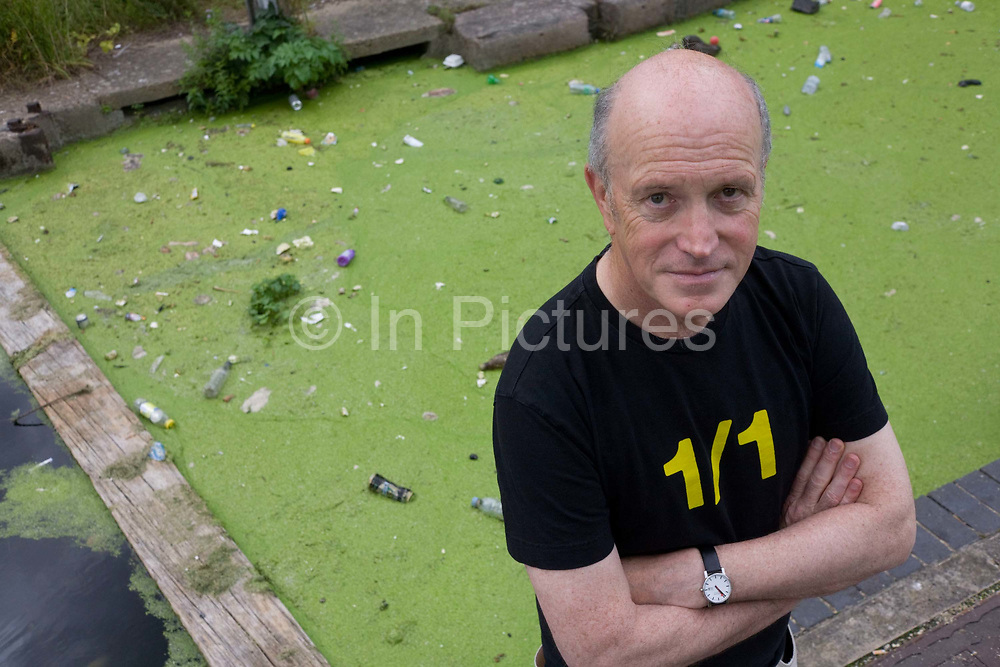