Burned Out Lorry On The Roadside

Burned out lorry on the roadside on 3rd March 2020 in Selma, Alabama, United States. This image is an hommage to a racist incident on Mother’s Day, May 1961 when a group of Freedom Riders traveling by bus from Washington, DC, to New Orleans were met by a white mob in Alabama. ⁠The mob attacked the bus with baseball bats and iron pipes. They also slashed the tires. When the hobbled bus pulled over, the mob pulled riders off the bus and beat them with pipes. Then they set the bus on fire.⁠ 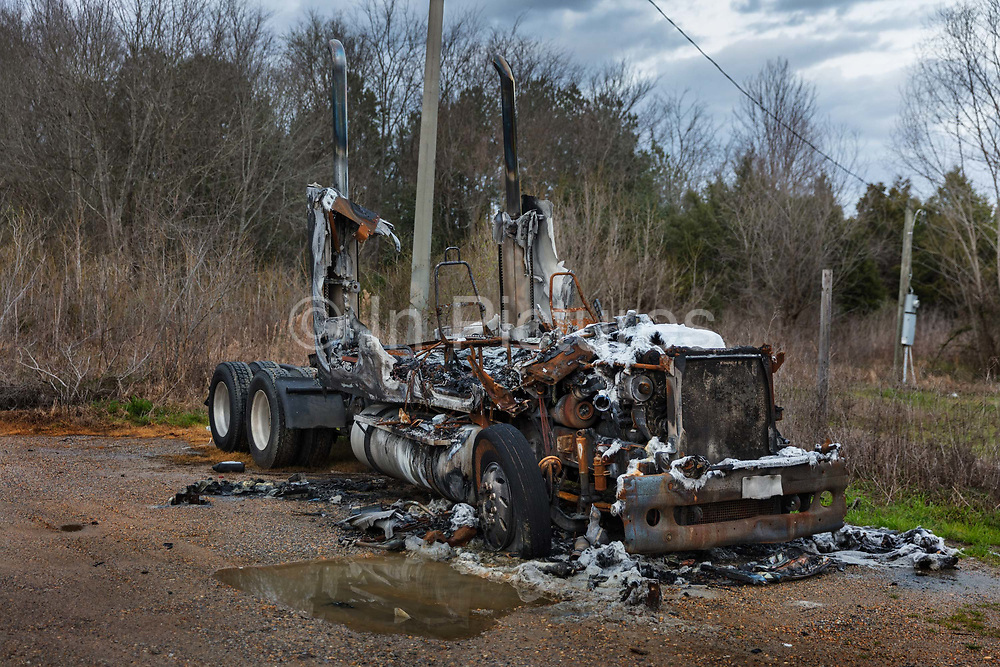