On the day before Alistair Darling makes his 2010 Budget speech, around a dozen Robin Hoods delivered their own green Budget boxes to the Treasury, calling on the Chancellor to announce the introduction of a tax on banks’ financial transactions. Robin Hoods marched from College Green across Parliament Square en route to the Treasury offices. Inside the green boxes will be a letter to the Chancellor calling on him to kick start international agreement for new financial transaction taxes by announcing a new unilateral UK sterling tax. The boxes also contain info reminding of the support that the Robin Hood Tax campaign has gathered since it launched last month. Some 100 organisations are now backing the coalition, which has 141,085 fans on Facebook and 71,492 people have voted yes to a financial transactions tax on the campaign’s website www.robinhoodtax.org.uk 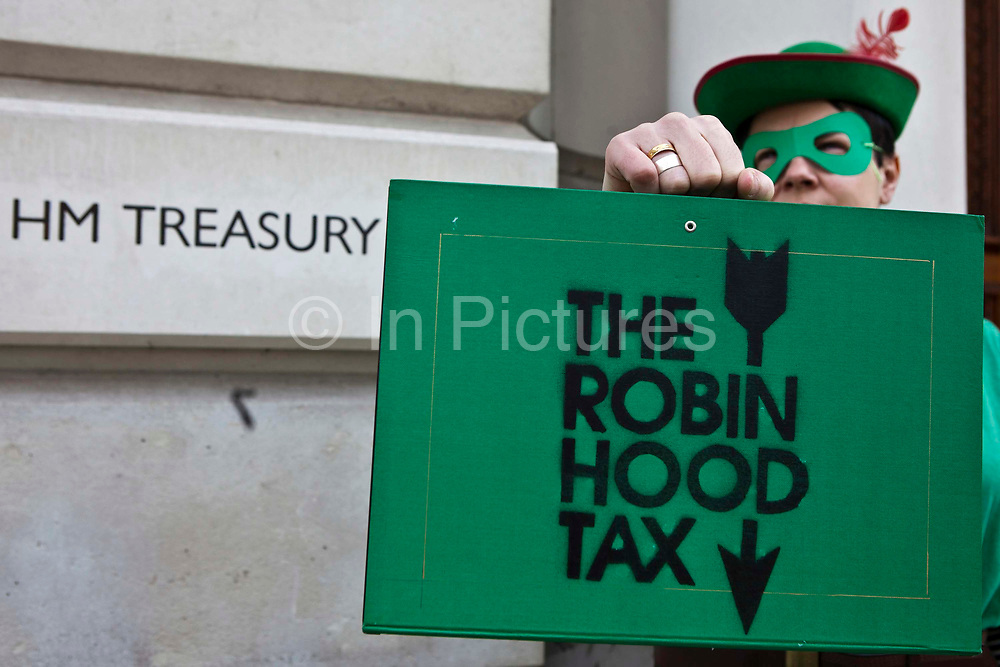