Stop Trump’s Muslim ban demonstration on 4th February 2017 in front of the US Embassy in Grosvenor Square, London, United Kingdom. The protest was called on by Stop the War Coalition, Stand Up to Racism, Muslim Association of Britain, Muslim Engagement and Development, the Muslim Council of Britain, CND and Friends of Al-Aqsa. Thousands of demonstrators gathered to demonstrate against Trumps ban on Muslims, saying it must be opposed by all who are against racism and support basic human rights, and for Theresa May not to collude with him. A child holds a placard which says I am an American. My daddy is a Muslim. 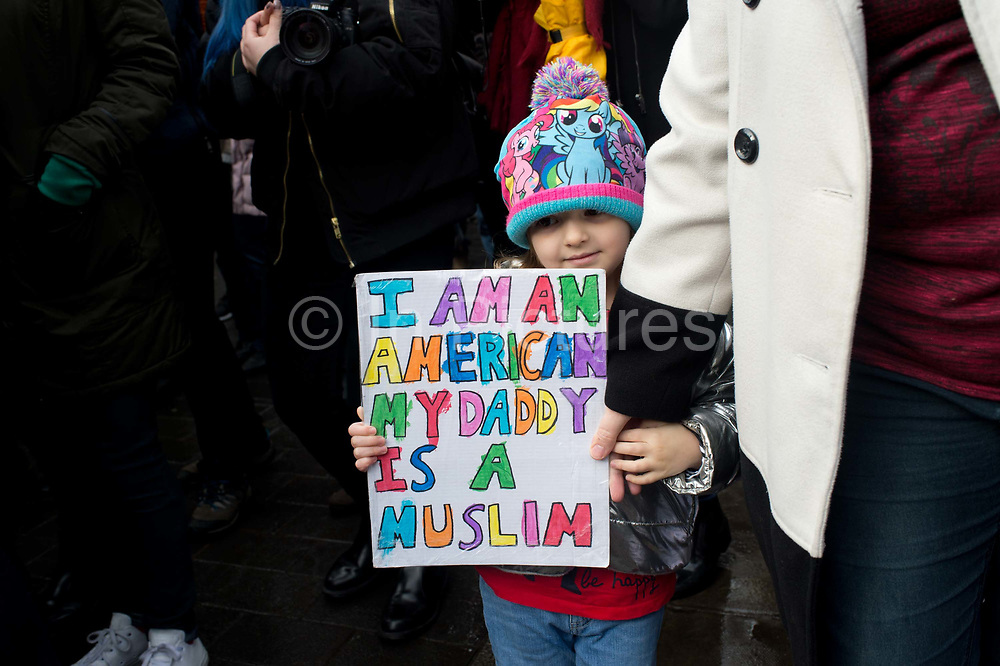