Sign with a train with Homer Plessy Freedom printed on it on 26th February 2020 at Homer Plessy Community School, New Orleans, Louisiana, United States. In 1892, a mixed-race man named Homer Adolph Plessy boarded a train and defiantly sat in the whites only section. He was arrested when he refused to move. He appealed the law that mandated his ejection, and his case eventually made its way to the U.S. Supreme Court. The justices there not only ruled against Plessy, but issued a now-notorious opinion that established the separate but equal doctrine, which served for more than half a century as the justification for legal segregation in almost all aspects of American life. 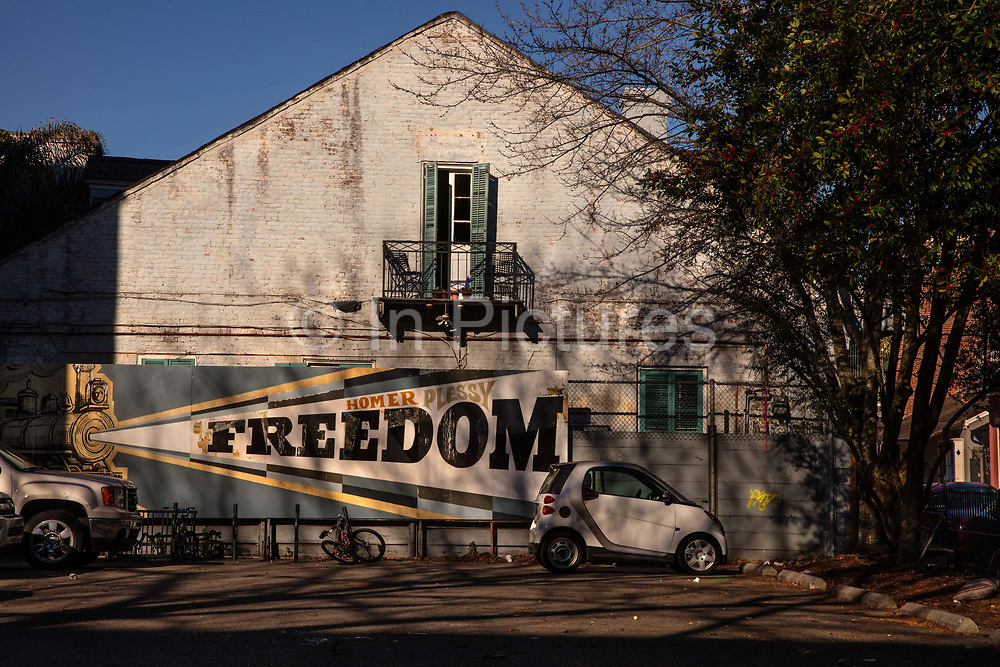