Corner of Wilton Crescent and Grosvenor Crescent, one of the most sought after addresses in Belgravia. Characterised by grand terraces with lavish white houses which are built in a crescent shape, many of them with stuccoed balconies. In a selected few boroughs of West London, wealth has changed over the last couple of decades. Traditionally wealthy parts of town, have developed into new affluent playgrounds of the super rich. With influxes of foreign money in particular from the Middle-East. The UK capital is home to more multimillionaires than any other city in the world according to recent figures. Boasting a staggering 4,224 'ultra-high net worth' residents - people with a net worth of more than $30million, or £19.2million.. London, England, UK. 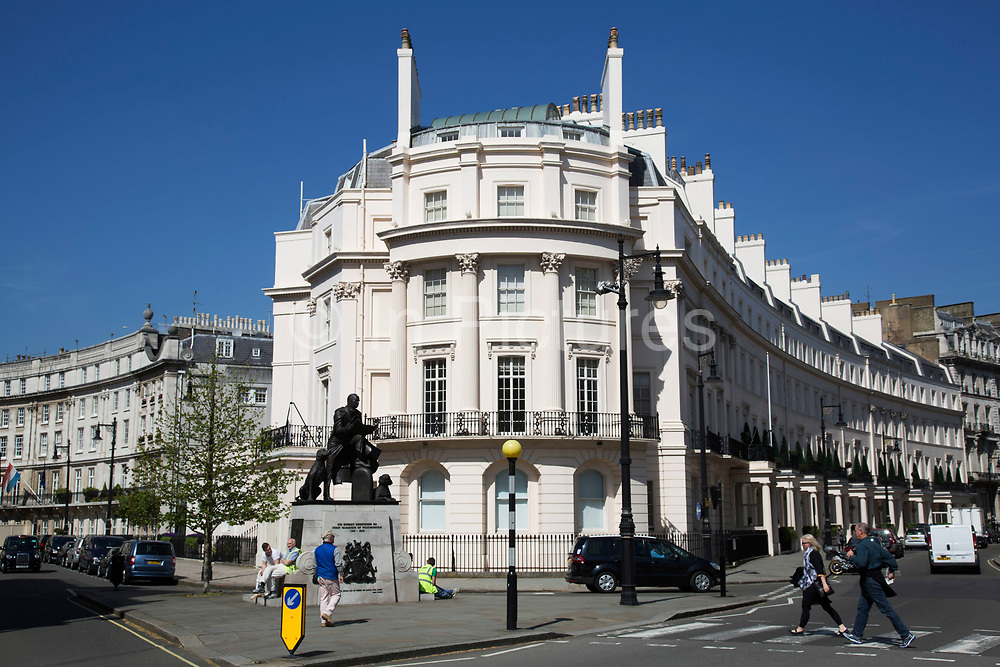