A mother and child walk past a giant Euro coin, an artwork by Danish artists Superflex, hanging from the hayward Gallery on Waterloo Bridge, on 3rd February 2017, London, England. For the third Waterloo Billboard Commission, the work is a euro coin with its value conspicuously absent – made by the group in 2012, in response to the Greek financial crisis – has gained new resonance since the UKs decision to leave the EU. The billboard is the third in a series of large-scale commissions by international artists, occupying the prominent billboard site next to Hayward Gallery. 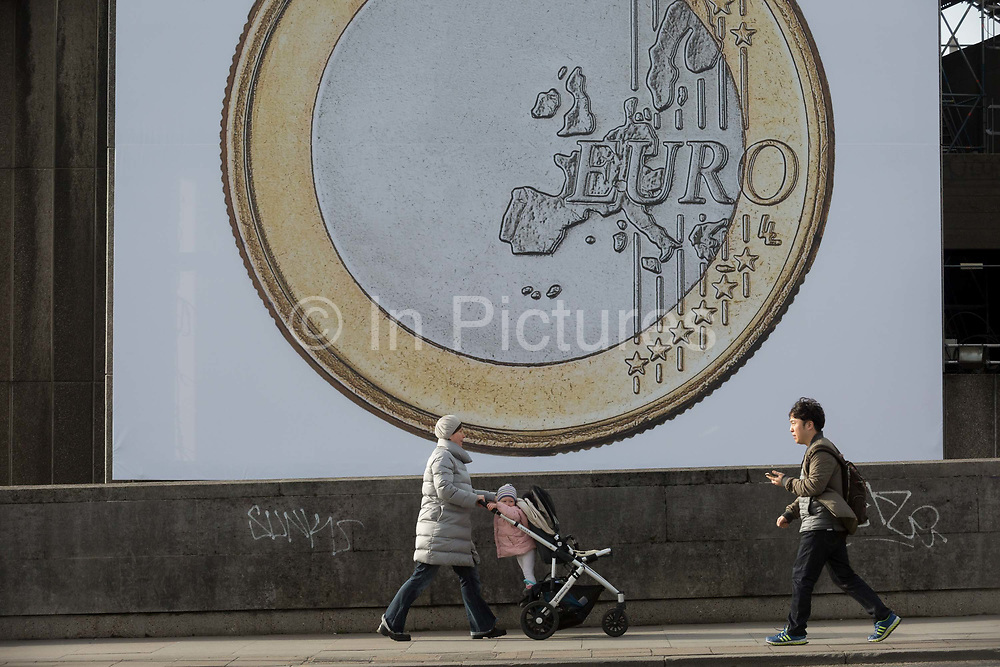