Steve Bray of pro remain campaign group Sodem dances with members of the Hare Krishna movement on the day after Parliament voted to take control of Parliamentary proceedings and prior to a vote on a bill to prevent the UK leaving the EU without a deal at the end of October, on 5th September 2019 in London, United Kingdom. Prime Minister Boris Johnson has insisted Britain will leave the European Union on October 31 2019, despite a defeat in the House of Commons at the hands of MPs from across political partys. 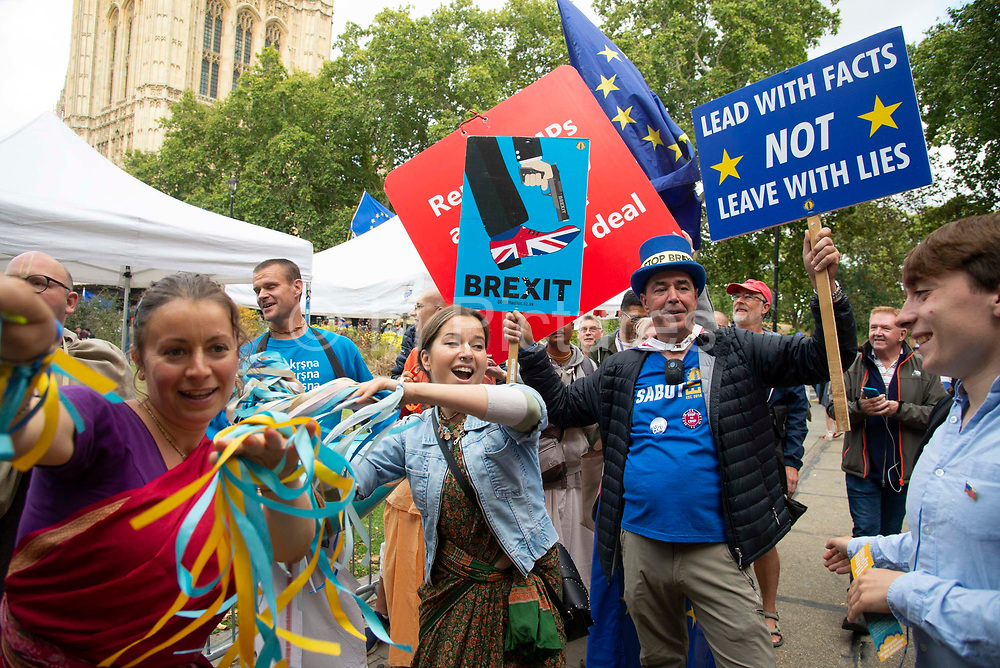