In an archaeologists' shed at the site of further excavations in Pompeii, Italy, the bones of an ancient Roman citizen is spread out on a metal sheet after being uncovered from Volcanic ash and pumice. Pompeii was buried beneath metres of toxic material from Mount Versuvius in May AD79 and this person was suffocated then crushed from falling debris. Preserved in a shell of volcanic material it is to be examined for desease yielding clues as to its lifestyle and eating habits. The skeletal remains are clearly identifiable with spinal column vertibrae, one jaw still containing teeth and various pieces of bone have been recovered. Many bodies littered a rooftop here proving that many survivors of the first eruption perished after the second many hours later. 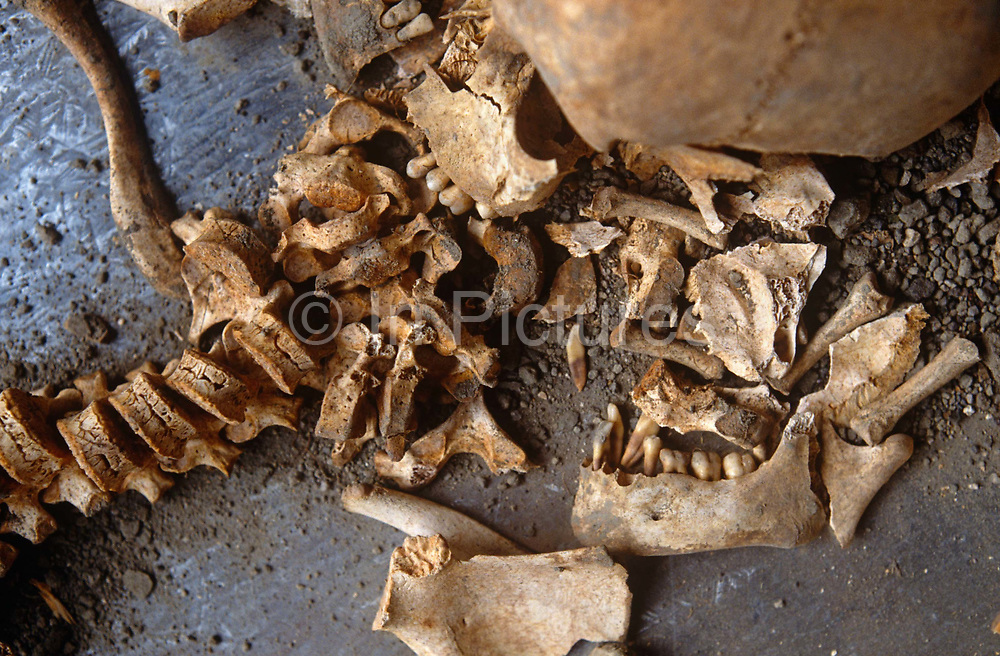