Shadow Education Secretary Ed Balls during a rally and protest about the proposed cuts in the building of Schools at Methodist Hall, Westminster, London, UK. Ed Balls is a British Labour Party politician. He was the Member of Parliament (MP) for Normanton from 2005 to 2010 and for Morley and Outwood from 2010 to 2015. Balls was Chief Economic Advisor to the Treasury (1997-2004), Economic Secretary to the Treasury (2006-7) and served as Secretary of State for Children, Schools and Families in Gordon Brown's Government from 2007 to 2010. He was the Shadow Chancellor of the Exchequer at the time of his electoral defeat. 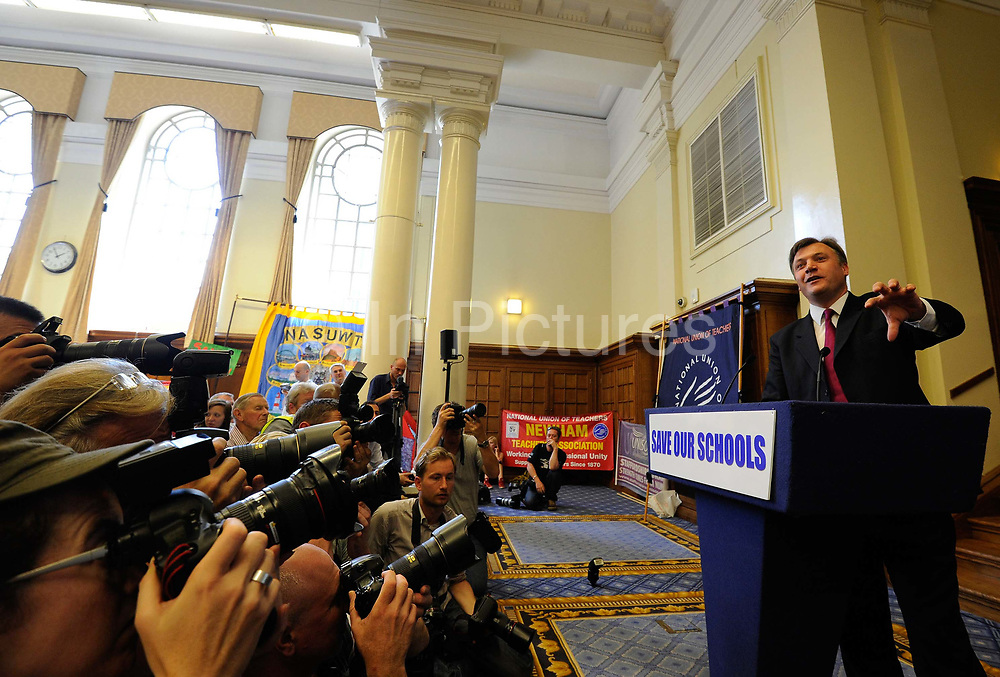