A number 6 red London bus bus drives along on a late on a winter's afternoon, passing the sunlit exterior of the Haymarket Theatre in central London. Warm light shines on the pillars and columns of this famous cultural landmark in the borough of Westminster. The Theatre Royal, Haymarket (also known as Haymarket Theatre or the Little Theatre) is a West End theatre in the Haymarket in the City of Westminster which dates back to 1720, making it the third-oldest London playhouse still in use. 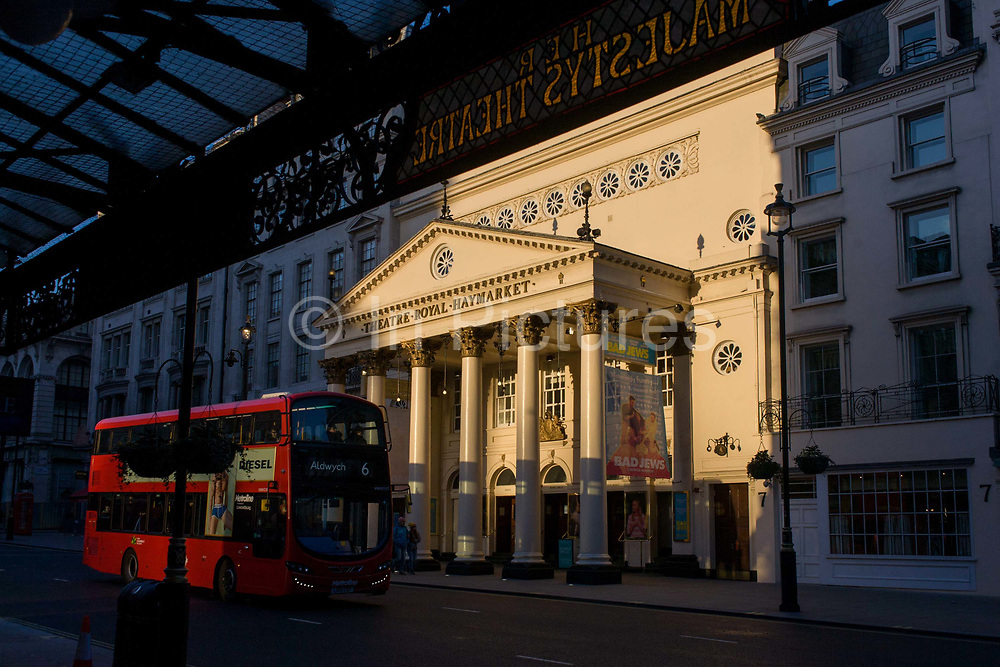