Marine ecologist Professor Alex Rogers addresses climate activists from the Ocean Rebellion and Extinction Rebellion preparing to take part in a colourful Marine Extinction March on 6 September 2020 in London, United Kingdom. The activists, who are attending a series of September Rebellion protests around the UK, are demanding environmental protections for the oceans and calling for an end to global governmental inaction to save the seas. 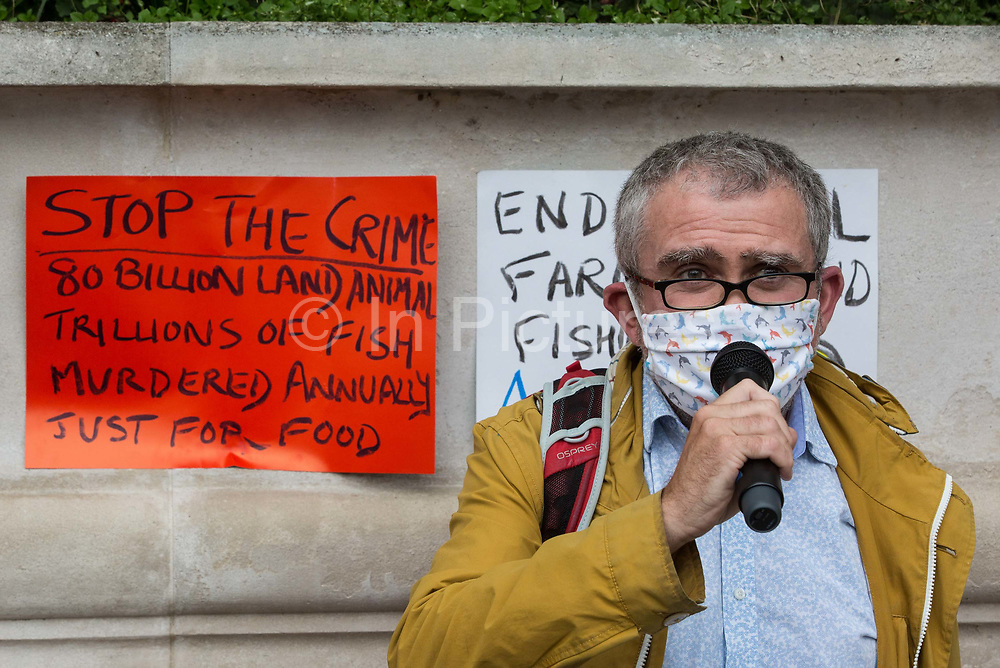