Airbus / EADS CASA C-295 exhibited at the Farnborough Air Show. The C295 is a twin-turboprop tactical military transport aircraft manufactured by Airbus Military in Spain. Airbus is an aircraft manufacturing division of Airbus Group (formerly European Aeronautic Defence and Space Company). Based in Blagnac, France, a suburb of Toulouse, with production and manufacturing facilities mainly in France, Germany, Spain and the United Kingdom, the company produced 626 airliners in 2013. At the 2014 show, Airbus announced new business worth more than $75m for 496 aircraft, a new record for the company. 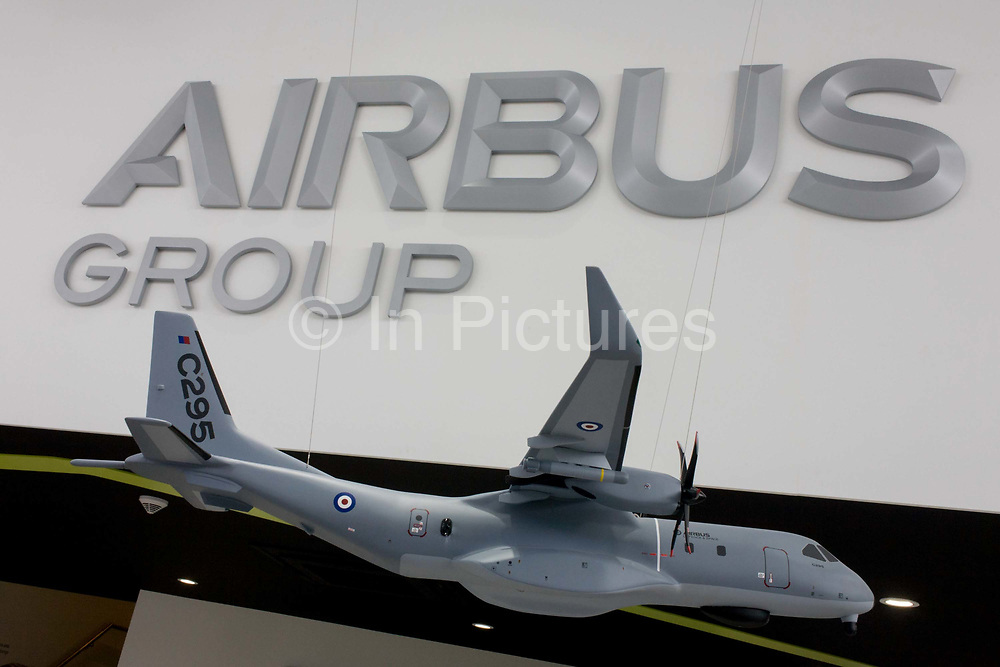