Exactly 110 years after it opened, and 100 days after it was closed, campaigners against the closure of Carnegie Library in Herne Hill, south London dressed in Edwardian clothing for speeches and a street party on 9th July, London. Shut by Lambeth council and occupied by protesters for 10 days in April, the library which was bequeathed by American philanthropist, Andrew Carnegie has been locked ever since because, say Lambeth austerity cuts are necessary even though 24hr security make it more expensive to keep closed than open for the local community. A gym that locals say they don't want or need is planned to replace the working library and while some of the 20,000 books on shelves will remain, no librarians will be present to administer it. 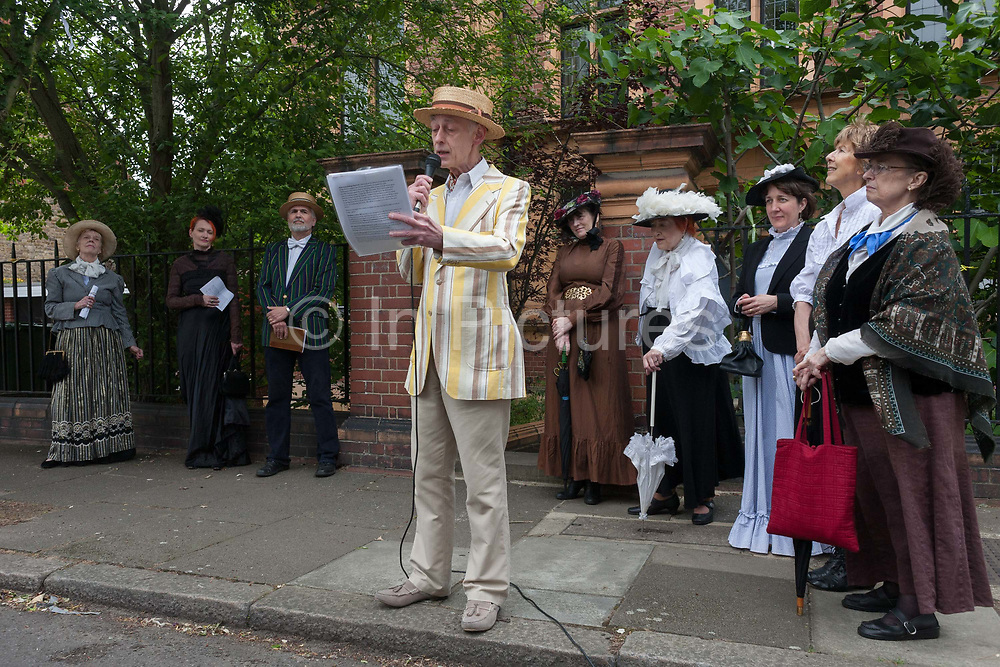