A young boy directs his radio-controlled boat on the still waters of the river Thames early in the morning, on 14th July 1999, in Dorchester, England. The River Thames is the second longest river in the United Kingdom and the longest river entirely in England 215 miles or 346 km long. It rises at Thames Head in Gloucestershire, and flows into the North Sea at the Thames Estuary. Historically the Thames was only so-named downstream of the village; upstream it is named the Isis, and Ordnance Survey maps continue to label the river as River Thames or Isis until Dorchester. 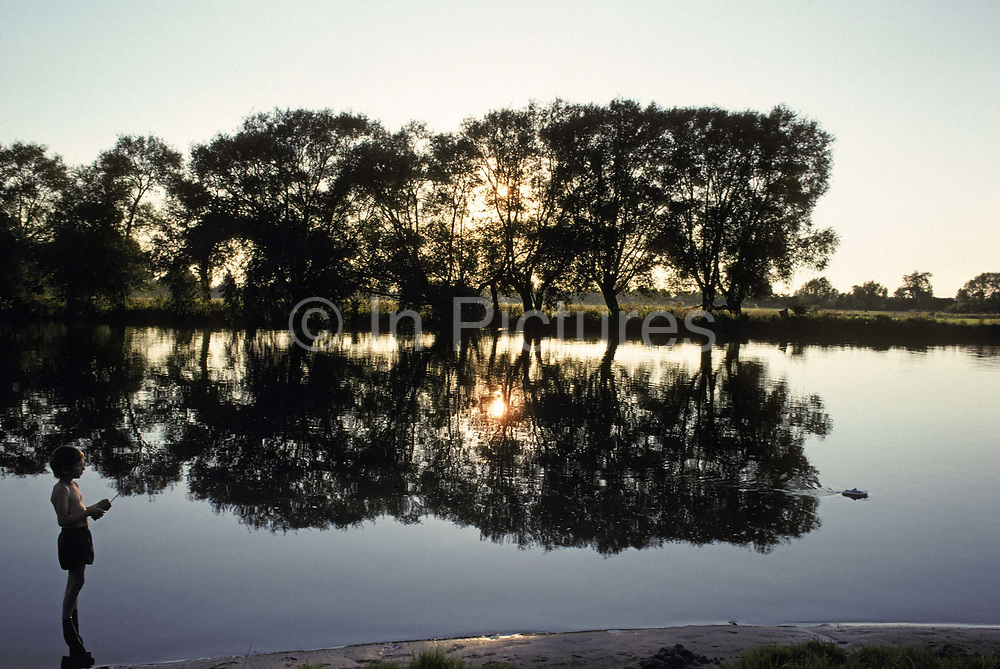