Dave French as Hercules from the charity Heros Allience attending the London Film and Comic Con LFCC is a convention held annually in London that focuses on films, cult television and comics. The convention holds a large dealers hall selling movie, comic and science fiction related memorabiliaand original film props, along with free guest talks, professional photoshoots, autograph sessions, displays. Many of the visitors / attendeesarrive dressed up as their favourite comic and sci-fi characters in the most outlandish costumes which draws from the award-winning formula of innovative gameplay. The mission of the Heroes Alliance UK is to make the world a better place through our costuming, commitment, and dedication to service. 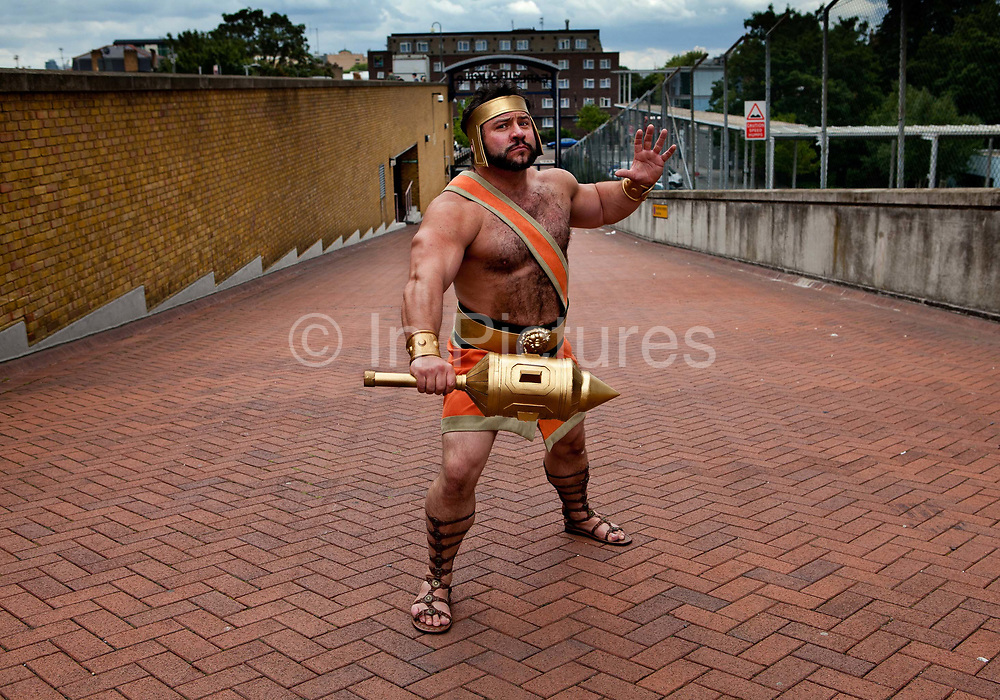