The zoomed lights of Macau's Hotel Lisboa Casino. Macau's biggest attraction is its gaming business, especially after this colony reverted from Portuguese to Chinese rule and mainline Chinese flocked here. Its gambling revenue in 2006 weighed in at a massive £3.6bn - about £100m more than Las Vegas. Though many forms of gambling are legal here, the most popular game in the casinos is baccarat, which generates over two thirds of the gaming industry's gross receipts. The official languages are Portuguese and Chinese and the Macau Special Administrative Region, more commonly known as Macau (Macao) is one of the two special administrative regions (SARs) of the People's Republic of China (PRC), along with Hong Kong. 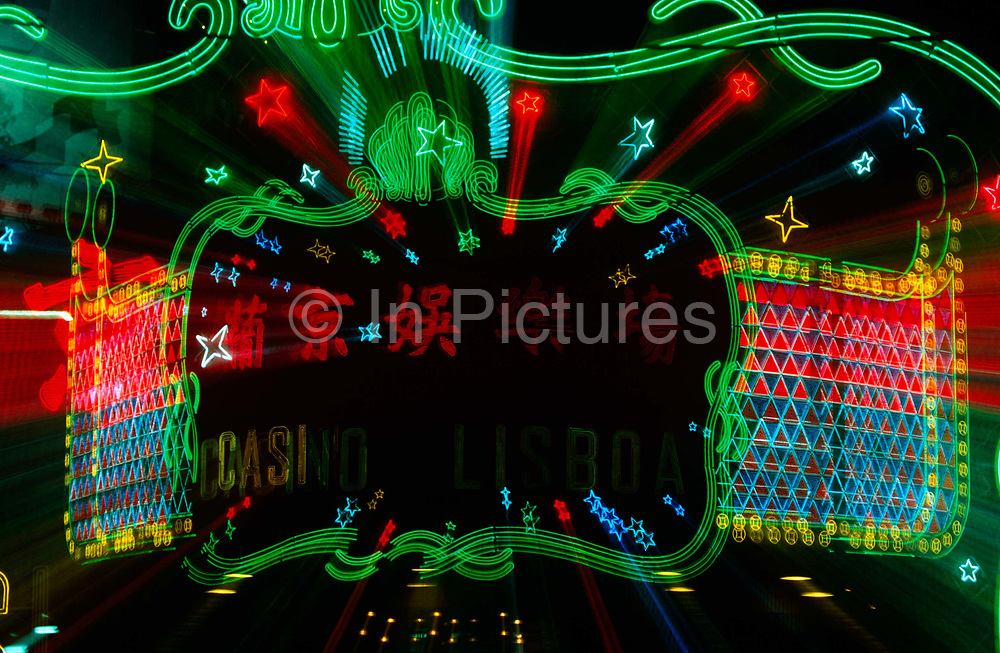