A woman wearing a Statue of Liberty hat whilst holding a sign saying No Iran War during a protest against U.S. President Donald Trump UK visit to attend the NATO North Atlantic Treaty Organisation summit on the 3rd December 2019 in London in the United Kingdom. Ahead of a British national election on 12th December 2019, Stop Trump Coalition and CND, Campaign for Nuclear Disarmament organised a protest to target a banquet at Buckingham Palace where Trump will dine with the Queen and other NATO leaders. The U.K. is hosting NATO summit to mark the military alliances 70th anniversary. 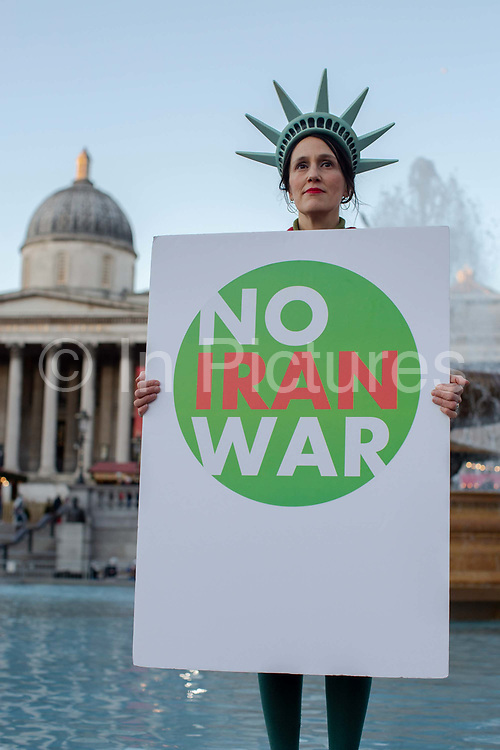