MF Husain (b. 1915, Maharashtra) India's foremost modernist painter at his studio in Mumbai (formerly Bombay). .In the 1990s some of Husain's works became controversial because of their portrayal of naked Hindu deities. Charges were brought against him by Hindu Nationalists but were dismissed by the Delhi High Court. Despite this, Husain remains in self imposed exile in London and Dubai. His painting continue to command prices of several million dollars at auction. He is seen here with an image of the Bollywood actress, Madhuri Dixit who for a long period was seen as his muse. 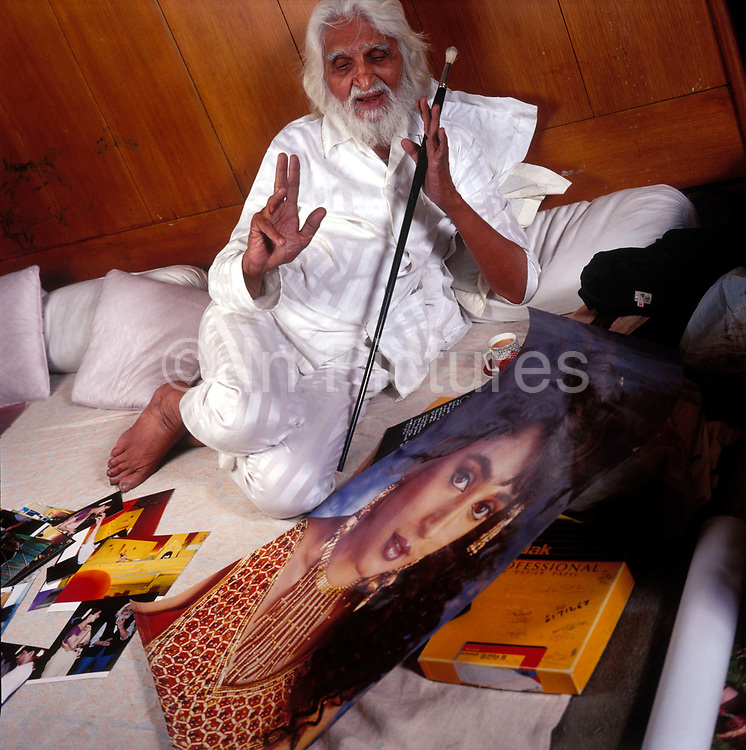