Live BBC news is being broadcast on TV screens in the John Lewis department store in Oxford Street, London, England. The Reverend Jesse Jackson who once stood next to Martin Luther-King during the days of segregation and racial discrimination sobs with tears falling down his face at Barack Obama's victory rally before party faithful at a rally in Chicago. His face is large on the many home cinema screens seen across the world's media after this historic political election which saw the election of America's first black Commander in chief. A shopper stops to watch the lunchtime news programme as Jackson weeps with joy thinking of the changes promised to bring to America while the rest of the world looks on hoping for new political directions. 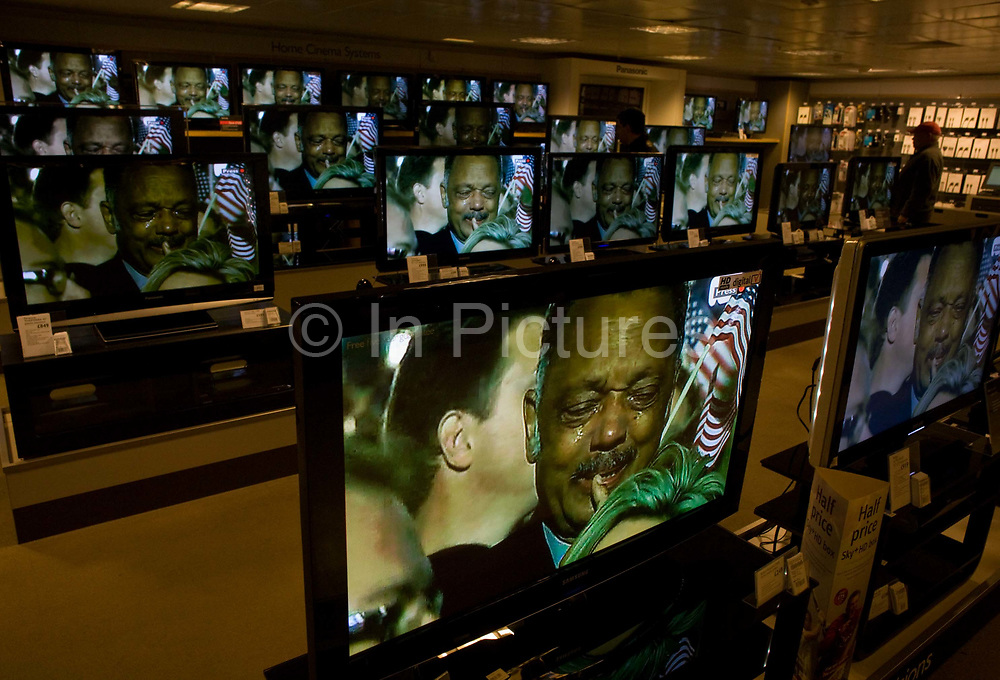