Bamboo scaffolding on new housing apartment project in former Portuguese colony of Macau, now part of China. Portuguese traders first settled in Macau in the 16th century and subsequently administered the region until the handover on 20 December 1999. Macau is now administered by China as a Special Economic Region (SER) and is home to a population of mainland 95% Chinese, primarily Cantonese, Fujianese as well as some Hakka, Shanghainese and overseas Chinese immigrants from Southeast Asia and elsewhere. The remainder are of Portuguese or mixed Chinese-Portuguese ancestry, the so-called Macanese, as well as several thousand Filipino and Thai nationals. The official languages are Portuguese and Chinese. 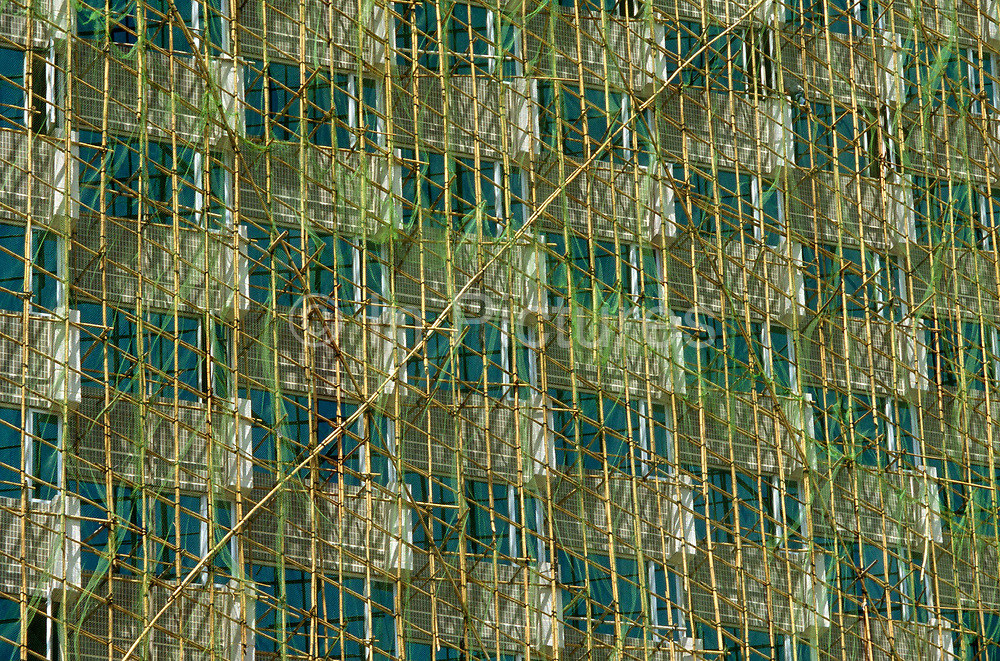