Two men dressed as 'sexy' nurses. UK Uncut shut down Westminster Bridge in a protest over NHS bill. Thousands of protesters occupied one of London’s most iconic landmarks on 9 October, in a last-ditch attempt to defeat legislation that is condemned by doctors as ‘undermining all that is precious about the NHS’. The anti-austerity direct action group demonstration blocked Westminster Bridge at 1pm on Sunday 9 October, days before the final vote in the House of Lords. The bill, which will see private patients treated at the expense of NHS patients, healthcare workers made redundant and reduce the priority of treating chronic and complex conditions, will be voted on by the Lords on the 12th October. The British Medical Association, the professional association of doctors in the UK, says the Bill “presents unacceptable risks to the NHS” and is calling for the Bill to be withdrawn. 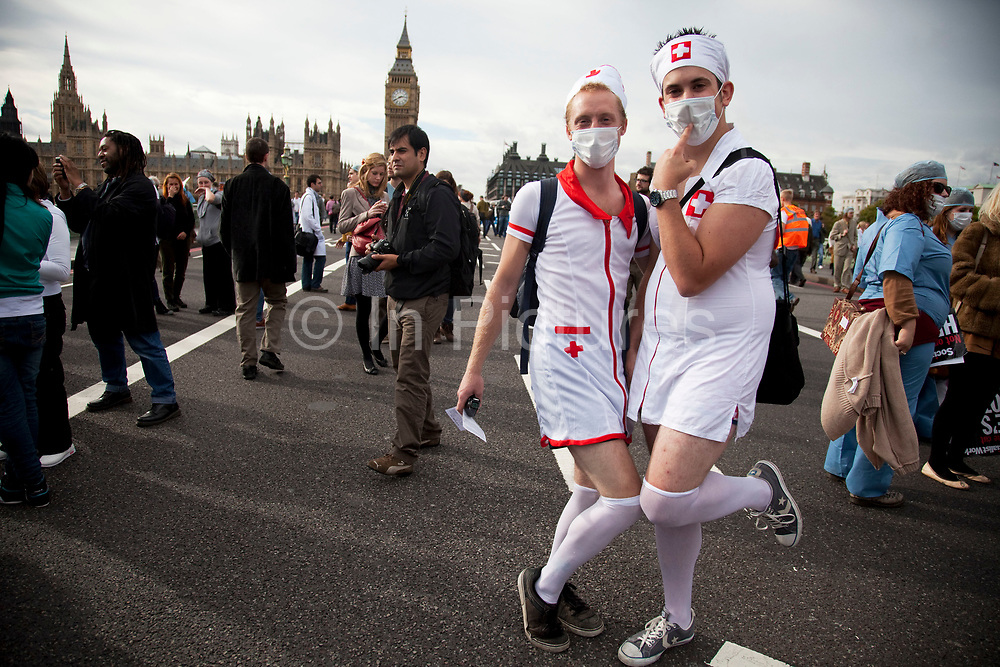