Ian Neale, 67, retired, seen here with his marrow, takes his hobby extremely seriously; He works up 80 hours a week on his land and spends a £1000 a year on fertilisers. He once held a world record for a swede weighing in at 81.5lb but lost it eight hours later to someone in Alaska. Giant vegetable growing is not a hobby for the faint hearted. The growers have to tend to the vegetables almost every day (including Christmas) tending, nurturing, growing and spending thousands on fertilisers, electricity and green houses. The reward is to be crowned world record holder of largest, longest or heaviest in class, cabbages weighing in at 100lb, carrots stretching 19 ft and pumpkins tipping the scales at 800lb. It’s a competitive business though and global; some times the record may stand for only hours before a fellow competitor, as in Ian’s case, knocks a grower off the coveted spot. 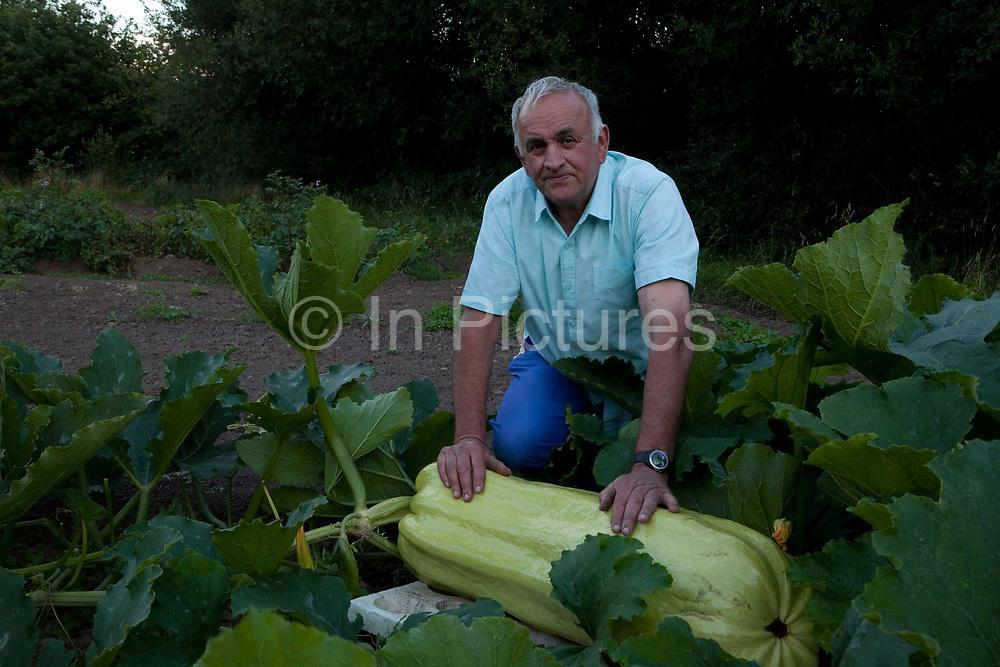