Demonstration For Chelsea Manning In London

Demonstration for Chelsea Manning in London, England, United Kingdom. Chelsea Manning (born Bradley Edward Manning) is a United States Army soldier who was convicted by court-martial in July 2013 of violations of the Espionage Act and other offenses, after disclosing to WikiLeaks nearly three-quarters of a million classified or unclassified but sensitive military and diplomatic documents. Manning was sentenced in August 2013 to 35 years imprisonment, with the possibility of parole in the eighth year, and to be dishonorably discharged from the Army. Manning is a trans woman who, in a statement the day after sentencing, said she had felt female since childhood, wanted to be known as Chelsea, and desired to begin hormone replacement therapy. From early life and through much of her Army life, Manning was known as Bradley; she was diagnosed with gender identity disorder while in the Army. (photo by Mike Kemp/In Pictures via Getty Images) 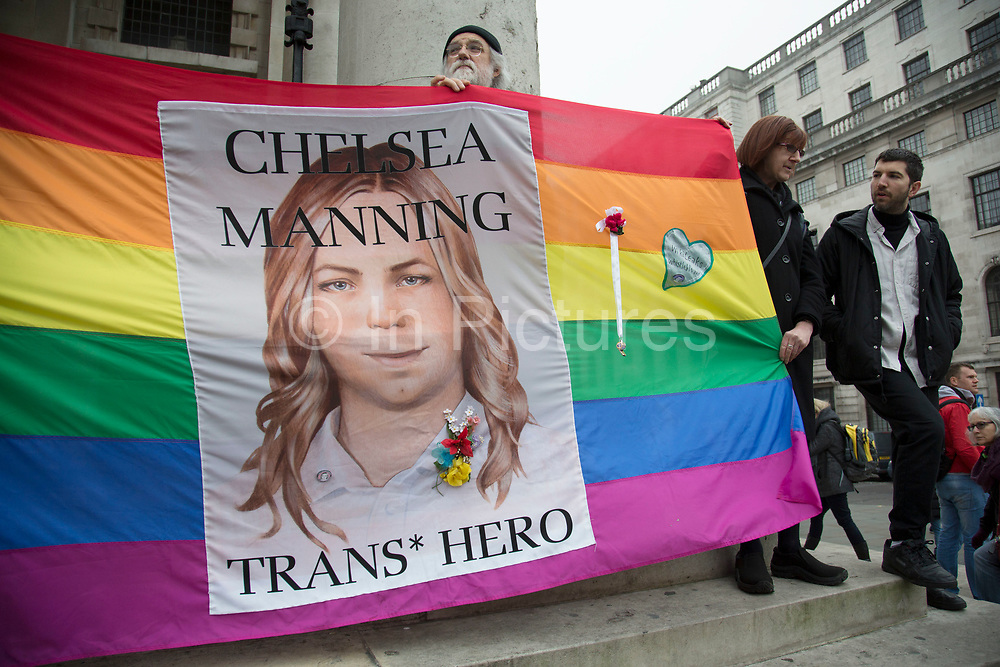