Skanderbeg Square, Tirana, rush hour 8am. The quiet serenity of this busy scene is because prior to 1991, it was illegal to own a car in Albania. There were, of course, a few automobiles running around but these were either driven by high communist officials or municipal employees.

In 1991 the Albanian government lifted the decades-old ban on private-vehicle ownership. Car imports numbered about 1,500 per month, and a black-market car lot began operating just behind the square. The number of cars in Albania has soared since the collapse of Communism, from 5,000 in the early Nineties, to over 500,000 today. Most are stolen from around Europe.

The population has more than doubled since 1990 and is now well over 700,000, fuelled by an influx of migrants from rural areas. The city is now choked with some 300,000 cars, lorries and buses which burn fuel banned in the EU and Over 35,000 tons of exhaust gases are annually expelled in the capital alone, 10 times the WHO limit. Tirana is now the most polluted capital in Europe. 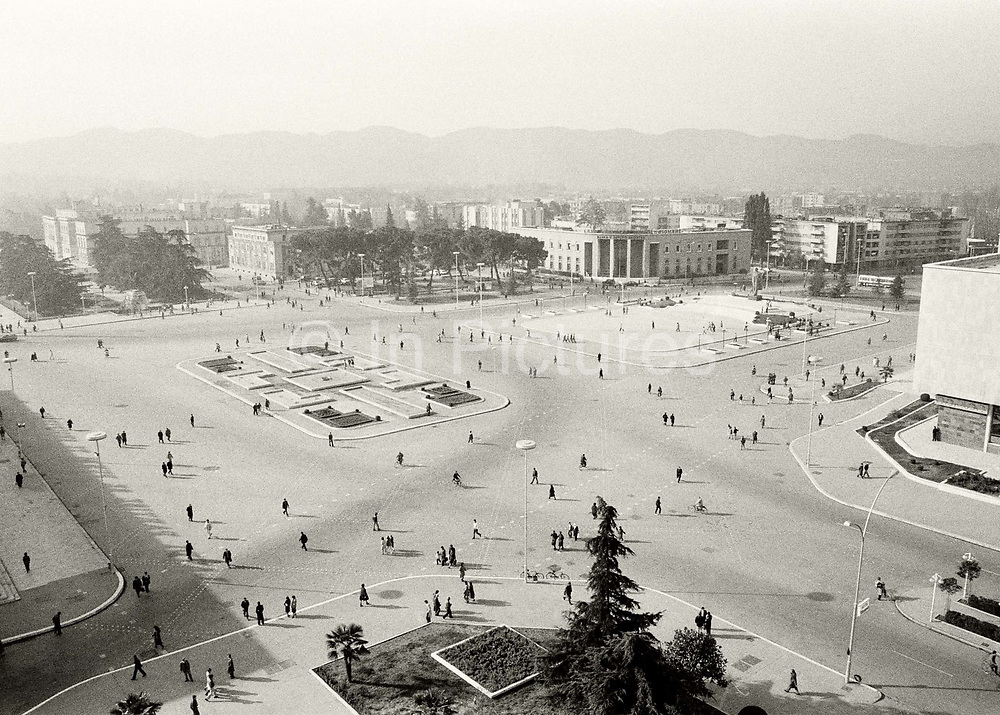