Put It To The People March For A Peoples Vote

Put It To The People march for a Peoples Vote on 23rd March 2019 in London, United Kingdom. With less than one week until the UK is supposed to be leaving the European Union, the final result still hangs in the balance and protesters gathered in their tens of thousands to make political leaders take notice and to give the British public a vote on the final Brexit deal. Protesters carry placards of Patron Saints of Brexit, Boris Johnson and Theresa May 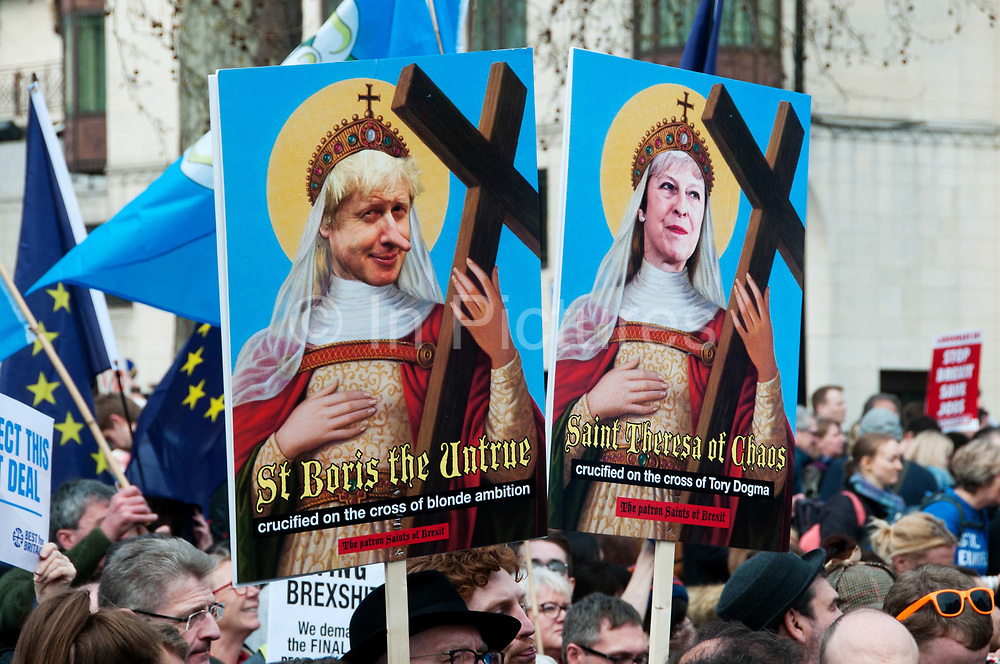